It's Pride Fest this weekend! The festival and parade are expected to bring thousands of revelers out and about all over town in celebration of this year's theme: the 50th Anniversary of the Annual Reminders picketing of Independence Hall (July 4 1965 - July 4, 1969). It's gonna be bonkers. It always is. This year's headliner: The Nanny!

But in Philly, the pride don't end when the festival does. According to a recent study conducted by the folks over at NerdWallet, Philly ranks among the top 10 LGBT-friendly cities in the United States, and "tied for the highest score in the Human Rights Campaign Municipal Equality Index" for its "nondiscrimination and relationship recognition policies, LGBT services and relationship with the community."

For the study, NerdWallet ranked cities based on:

In the Philadelphia metro area, nearly 4% of the population identifies as LGBT. "In Philadelphia," NerdWallet writes, "the heart of LGBT nightlife is centered in what is nicknamed "The Gayborhood," and the city is home to several civil rights, advocacy and LGBT youth organizations including the Bread & Roses Community Fund, the Spruce Foundation and the Gay and Lesbian Latino AIDS Education Initiative." While the FBI didn't receive any reports of hate crimes related to gender identity or sexual orientation in the city for 2013, Philly suffered quite the setback last year (the three aggressors in last year's assault on a gay couple in Center City go to trial later this year). Here's hoping for a 2015 that's much more status quo. 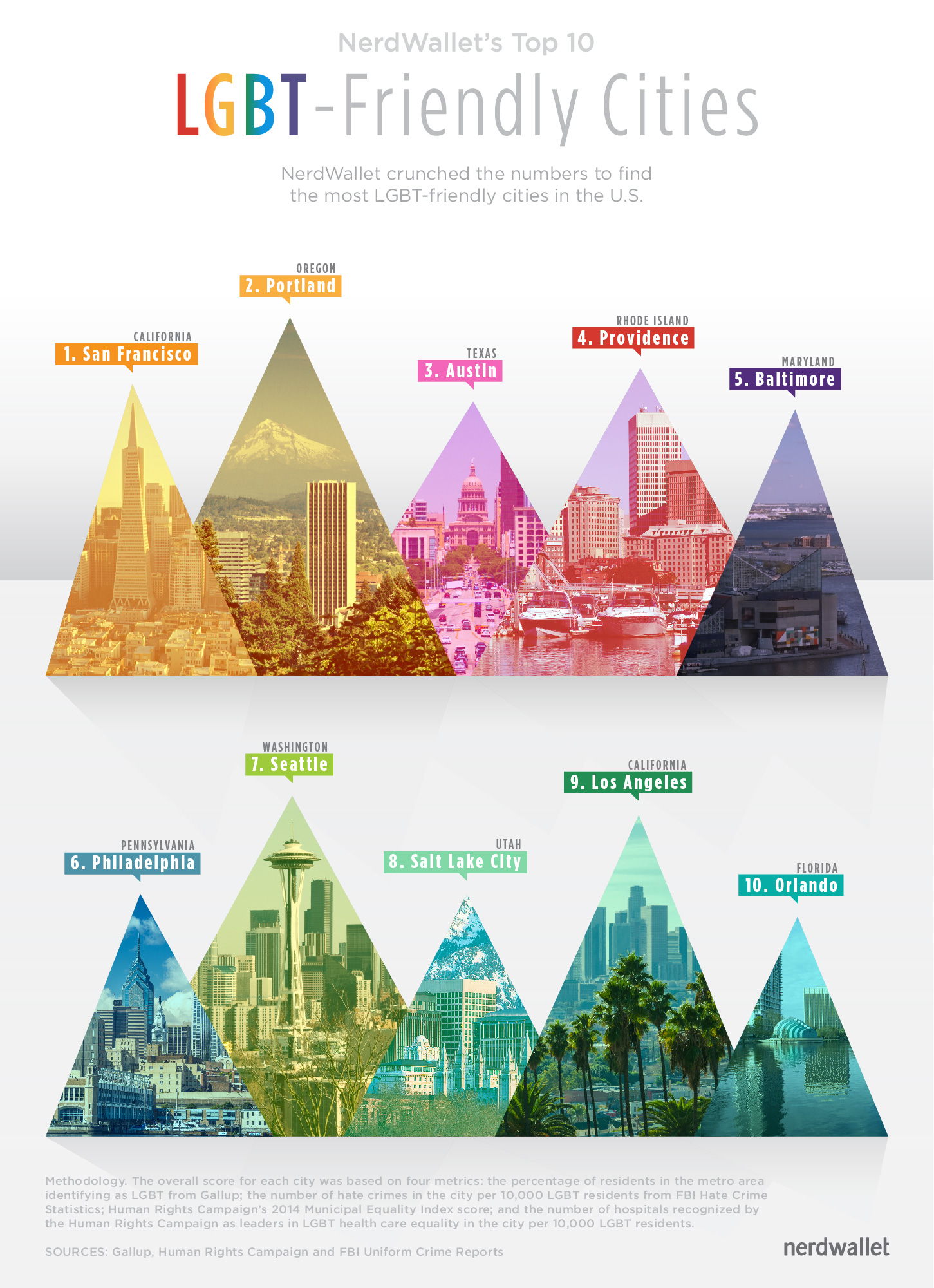 Check out Philly Pride's website for tips on where to park and where to party this weekend.
· Philly Pride Parade and Festival [PhillyGayPride]
· The Top LGBT-Friendly Cities in the U.S. [Nerd Wallet]
· LGBT Philadelphia Maps and Downloads [Visit Philly]