Take a tour of the future spaces of the Design Center, Bohlin Cywinski Jackson, and Mom's Organic Market

East Market, a 4-acre mixed-use development that will span an entire block between Market and Chestnut streets, is very much still under construction since its 2014 groundbreaking. But a recent tour of the massive project revealed raw, open spaces ready for two big-time tenants including Mom’s Organic Market and the Design Center to begin moving in as early as next week. 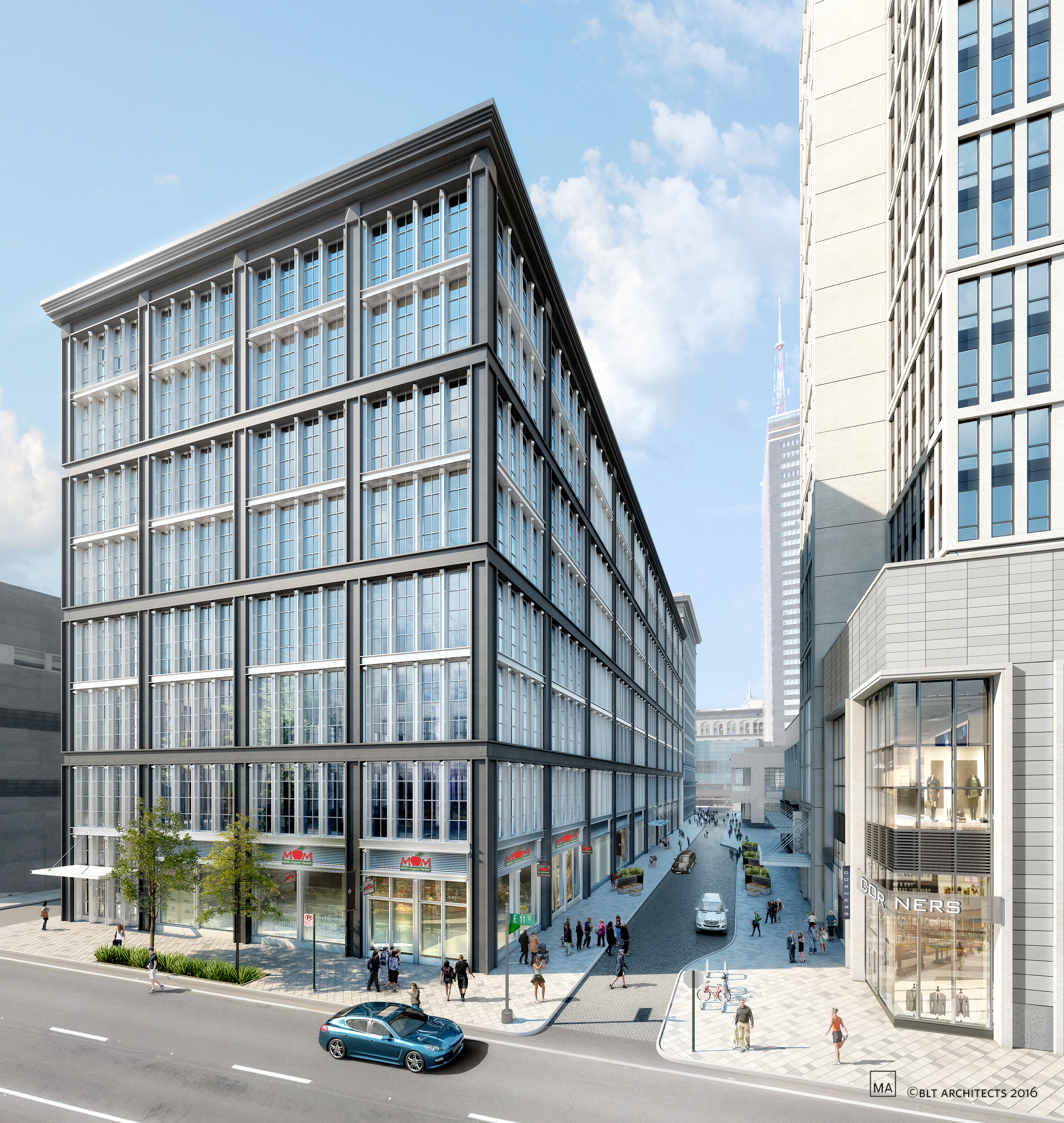 Actually, make that three. Yesterday Bohlin Cywinski Jackson, the architecture firm behind the Liberty Bell Center and the U.S. flagship stores for Apple, announced it will set up shop on the sixth floor of East Market at 34 S. 11th Street.

That makes BCJ the third design-focused tenant to join East Market, where it will be upstairs neighbors to the Design Center's 10 showrooms and the Design Within Reach slated for 11th and Ludlow streets.

The first phase of the project costs $260 million and is currently focusing on leasing the buildings facing Market Street, and renovating 34 S. 11th Street, a 100-year-old building where Mom's, the Design Center, and BCJ will be located. As of yesterday, nearly 50 percent of the old warehouse has been leased.

Next door, the site of Design Within Reach and the residential tower with 322 units, is currently getting built from the ground up. DWR plans to open in early 2017.

Here’s a look at the three main spaces currently under construction at 34 S. 11th Street. 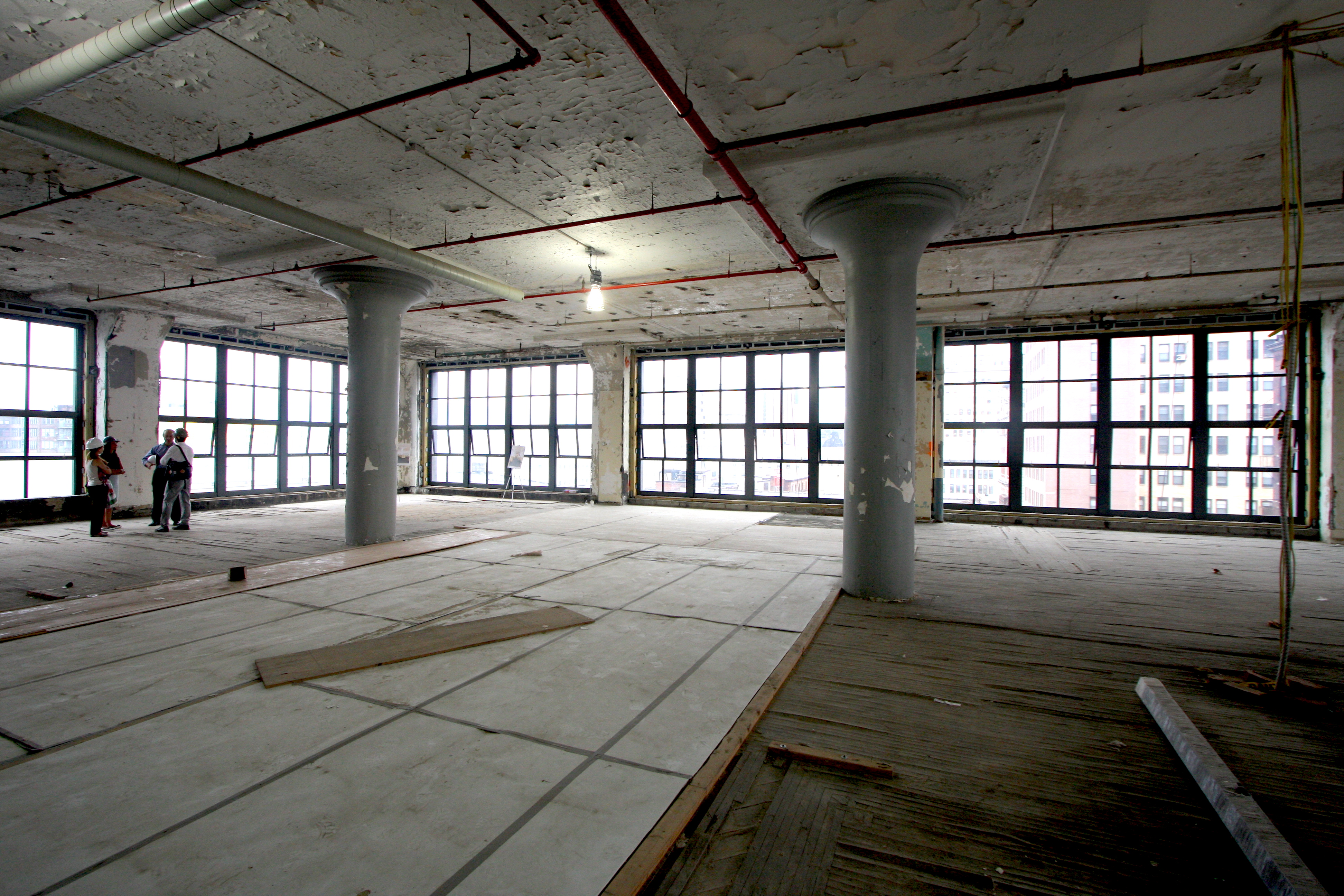 This will be the fourth Philly location for the 50-year-old firm that was founded in Wilkes-Barre. Tom Kirk, associate principal at BCJ, says their first Philly office was on 9th Street, followed by the PSFS Building, then the Wells Fargo Building, their current office location.

So how does the new space compare to BCJ’s current office on Broad Street? "Hardly at all," says Tom Kirk, associate principal. "The building has a lot of limitations. We’ve been there for 18 years and have renovated three times."

Kirk and his team took to the streets of Philly about three years ago, looking for a new office location. While considering a building across the street, they eyed the building at 34 S. 11th Street undergoing interior demolition.

"We asked, 'What's going on with that building? Because we need to be there,'" Kirk recalls.

The firm’s future office space clocks in at 18,525 square feet and features floor-to-ceiling loft-style windows. That's about the same square footage as their current location, says Kirk, but the open, industrial concept allows them to expand their office in the future without having to separate employees from one another. BCJ's current set-up on Broad Street is T-shaped and doesn't allow for growth, he adds.

The plan is for the firm to begin moving out in two months and officially move into their new location by early 2017. 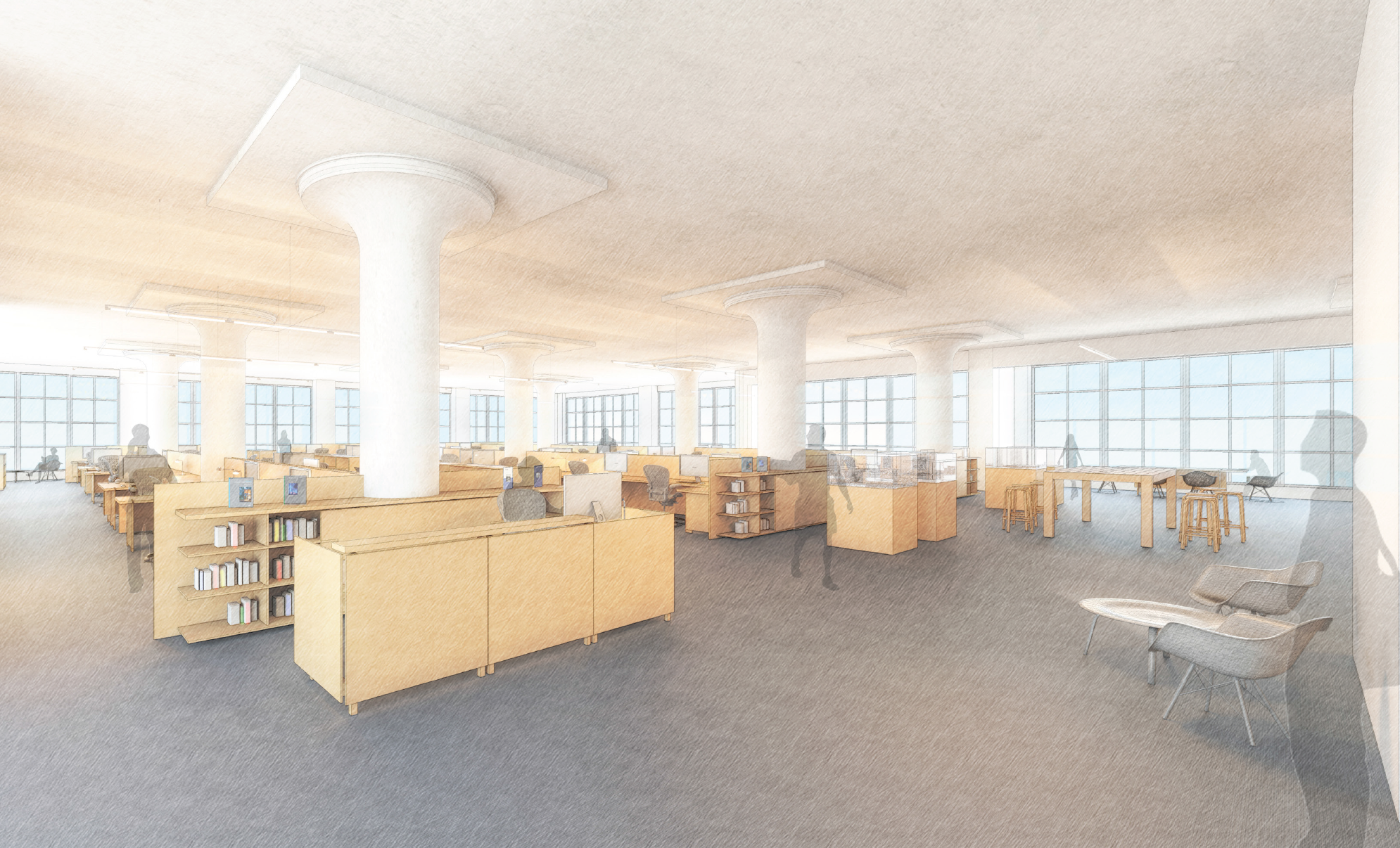 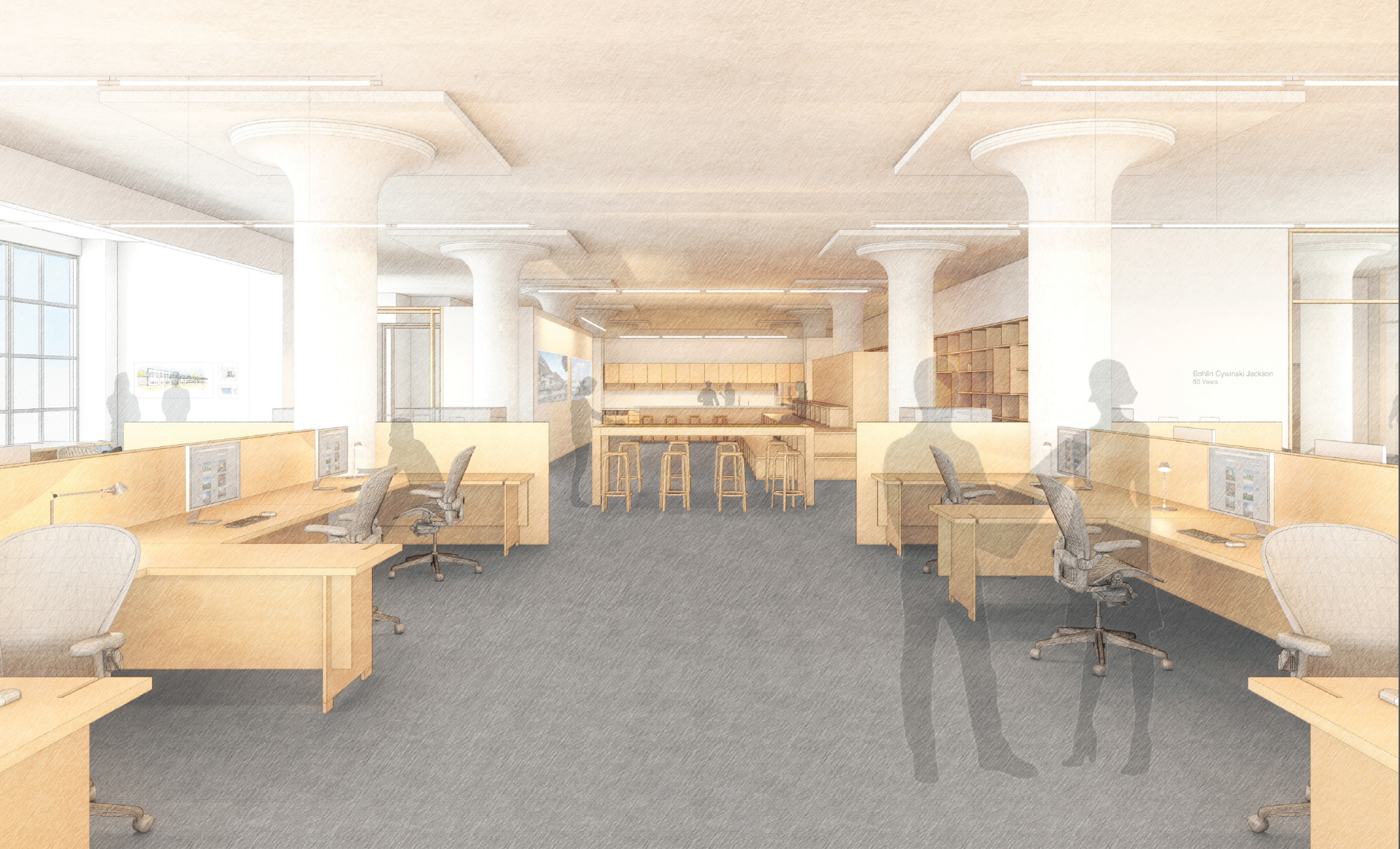 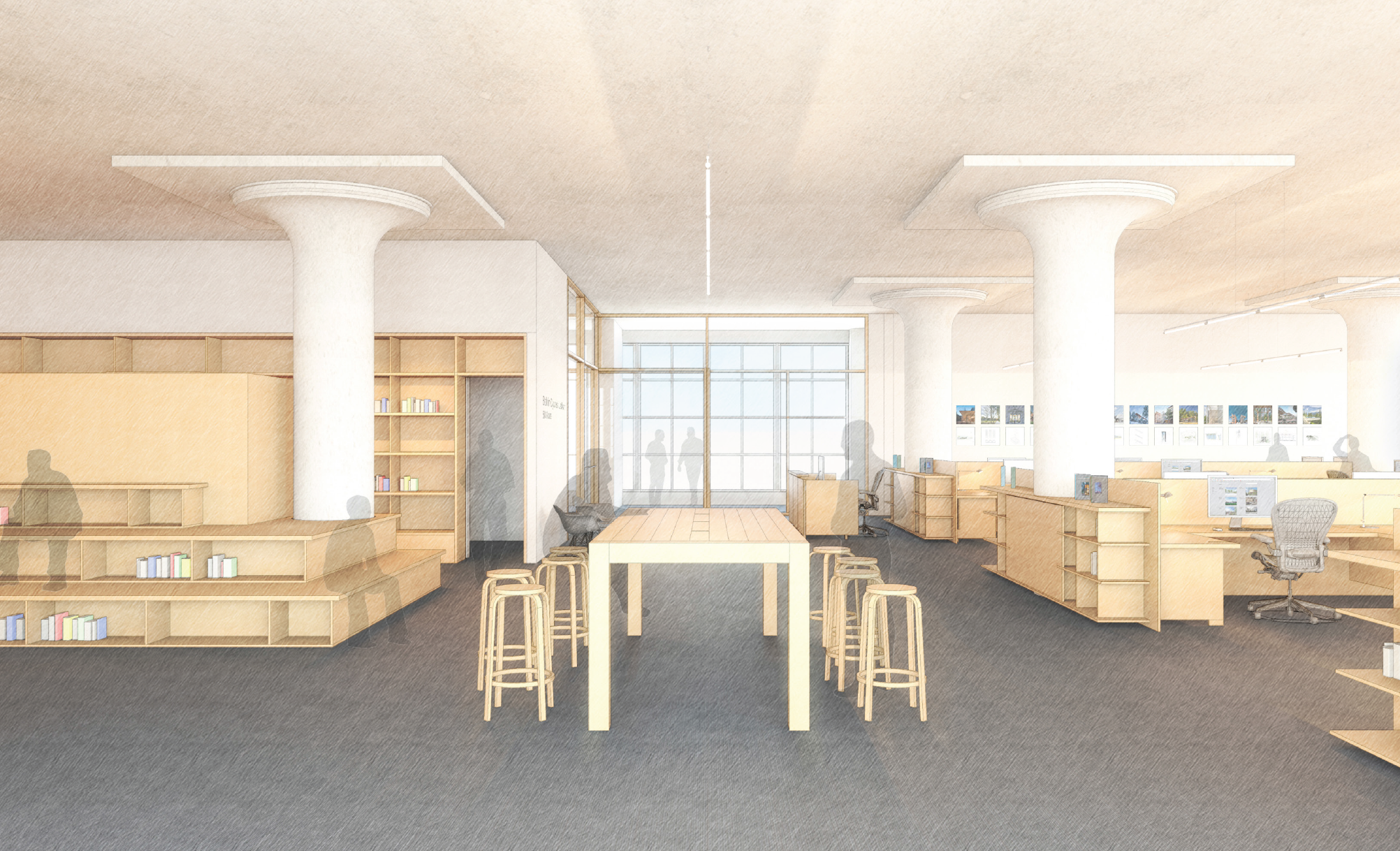 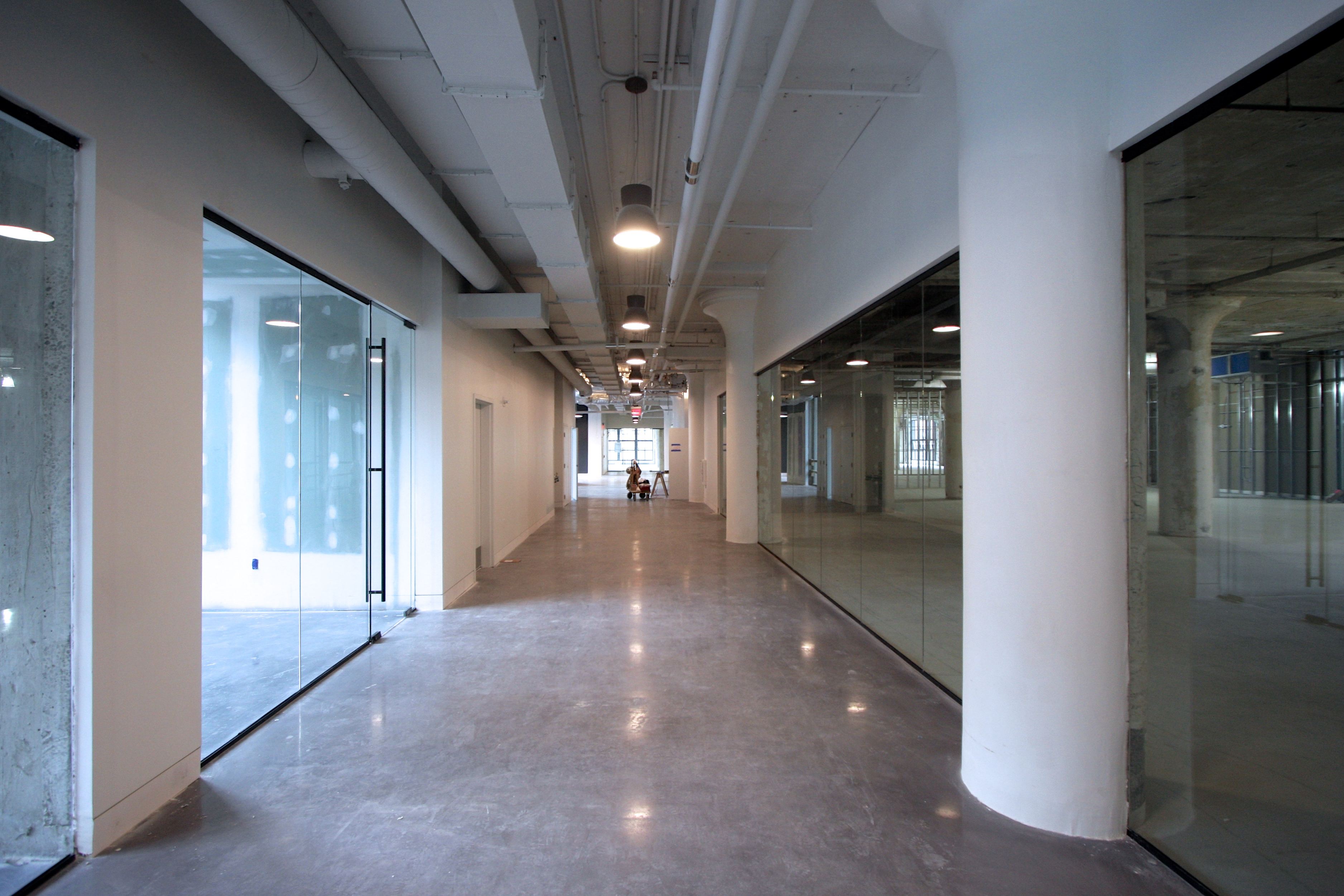 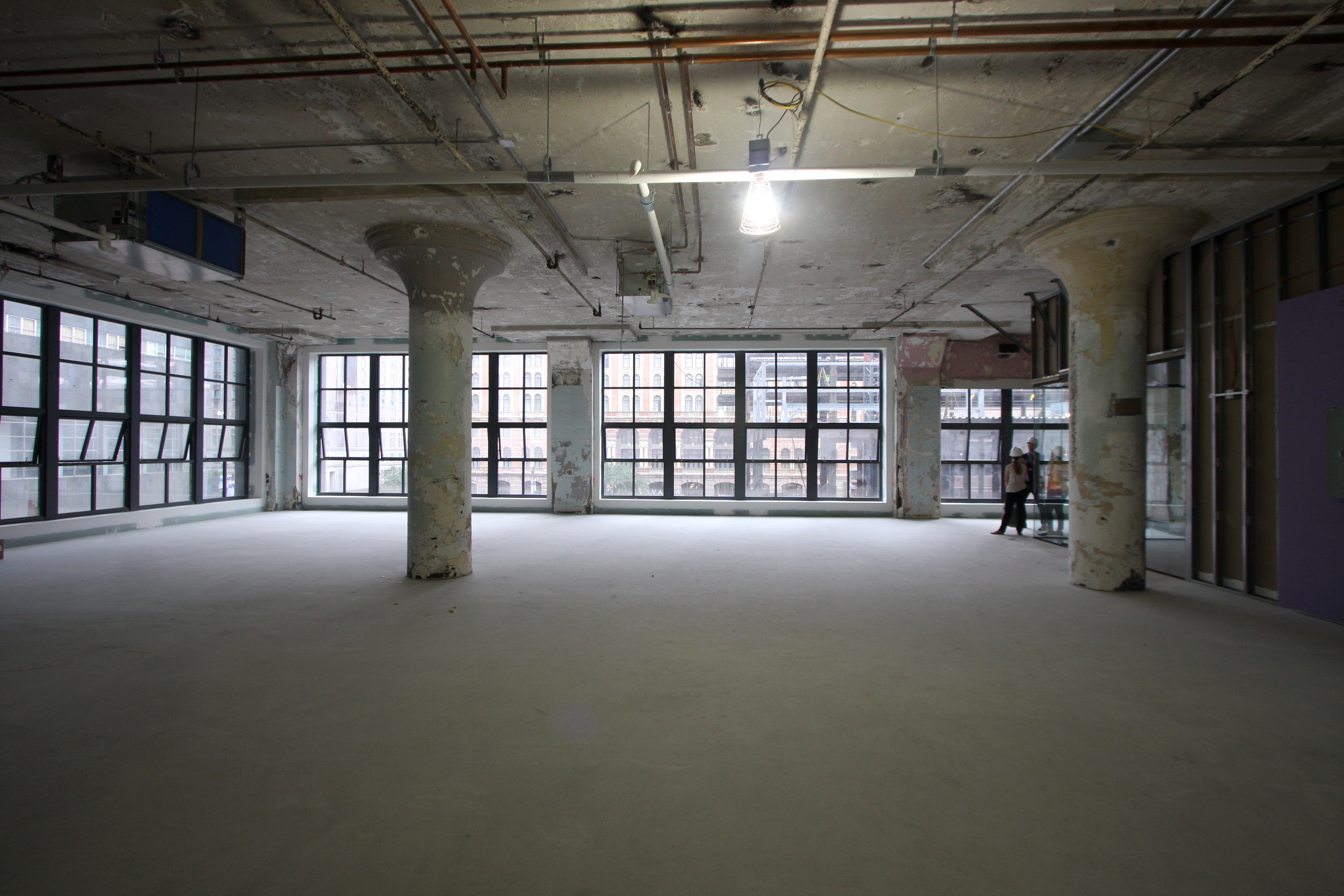 The first floor of the Design Center—it will take up floors three through five—revealed nearly finished spaces with loft-style windows, big beams, and exposed ductwork. The tenants should be able to start moving in and designing their individual showrooms by next week.

"The Design Center did a really nice job," says Norman. "As the developer, we made this our standard for future floors outside of the Design Center—they’re going to share the same aesthetic. It really showcases the columns and really shows that the bones of this building are fantastic."

"Philly needs this," says Gregory Augustine, owner of the Baer Collection showroom at the Design Center. "If I had my own architecture or design firm, I’d want to be in a building where your design process and all your materials are here—accessible."

The Design Center is expected to open in December 2016. 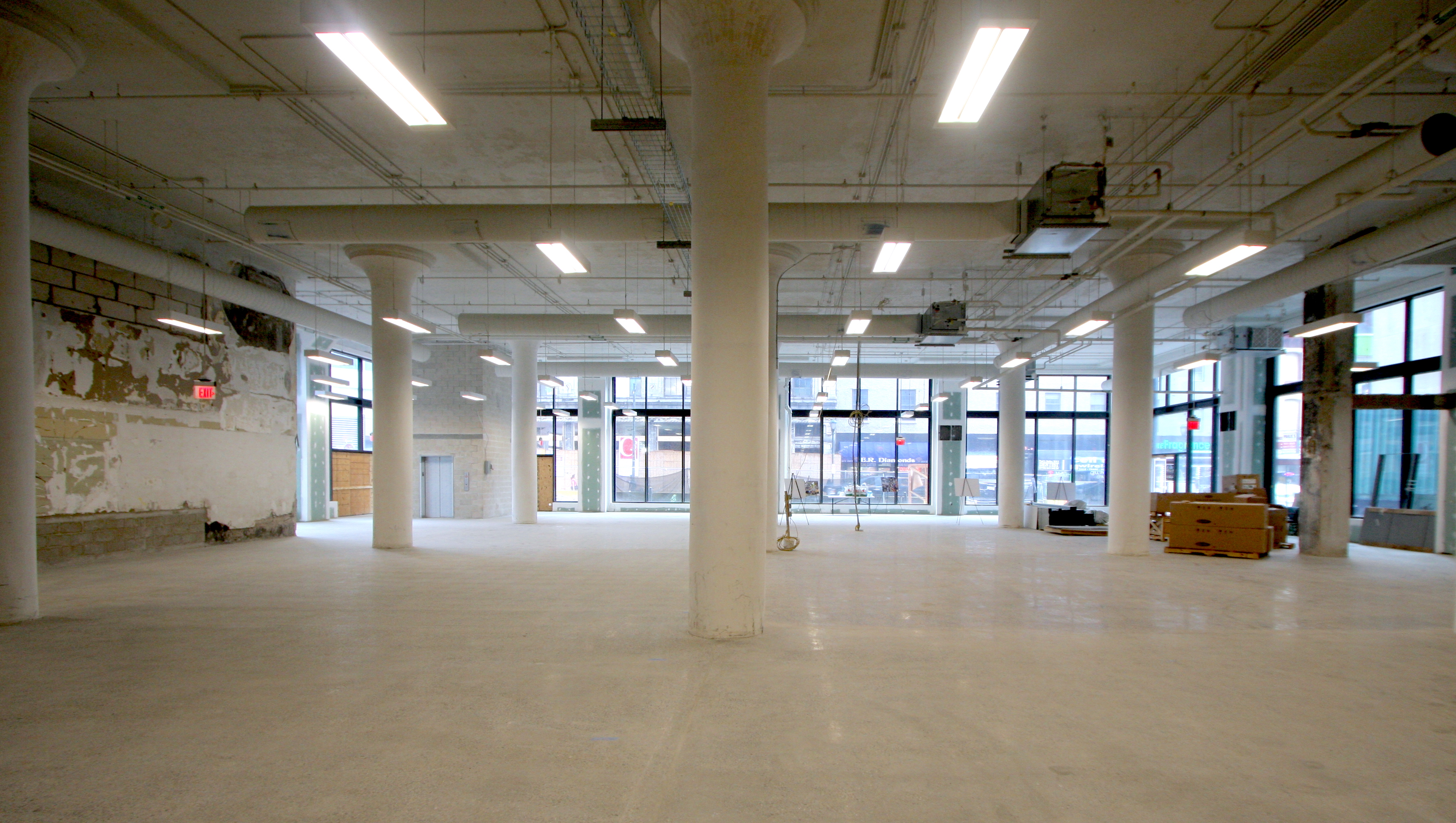 "This is their first center smack dab in the center of a city," says Norman.

And it'll be in good company. With the planned opening of the organic food market, the area could become a sort of foodie hub with Reading Terminal Market a block away.

Like the other spaces, Mom's is still pretty raw, though Norman says all that's really left are shelving installations and a paint job—one site plan revealed bright yellows, greens, and a "vivacious violet"—the store expects to open this fall.

Will Midtown Village leave the Gayborhood behind?

View all stories in East Market