Inside the historic Chinese Cultural and Community Center's comeback

The abandoned building, once a gathering place for the Chinese community, is on the cusp of a revival.

Since closing its doors in 2007, the former Chinatown YMCA has sat sandwiched between short and squat rowhomes on North 10th Street, slowly deteriorating, with the city’s homeless finding shelter beneath its glazed roof tile. Its ownership has changed hands over the years, giving the local Chinese community hope time and time again that the building’s grand red doors would open again, becoming the popular gathering spot it once was during the 1970s. This time, nearly a decade later, that hope may become reality, thanks to a neighborhood's call to arms and a little known state law called Act 135.

In 1955, the Chinatown YMCA was just one of nearly a dozen tenants leasing the building. For the next decade, the organization led efforts to bring awareness to Chinatown, acting as a sort of business district and hosting cultural events and month-long Chinese New Year banquets.

T.T. Chang, known as the unofficial Mayor of Chinatown, bought the property at 125 N. 10th Street in 1966. Under the new ownership, the YMCA was renamed the Chinese Cultural and Community Center, and plans were announced that the building’s facade would be completely renovated into classical Chinese style.

Leading the efforts was the renowned Taiwanese architect C.C. Yang. Under his design leadership, the renovation incorporated a number of architectural elements of Chinese imperialism, most notably the glazed roof tile. Most of the facade, including the ornamentation, was pre-fabricated in Taiwan, then shipped to Philadelphia for installation.

When the renovation was finished in 1971, the Mandarin Palace-style building became the first true recognizable landmark of Chinatown. The Friendship Gate, also designed by Yang, would not be built until 1983. 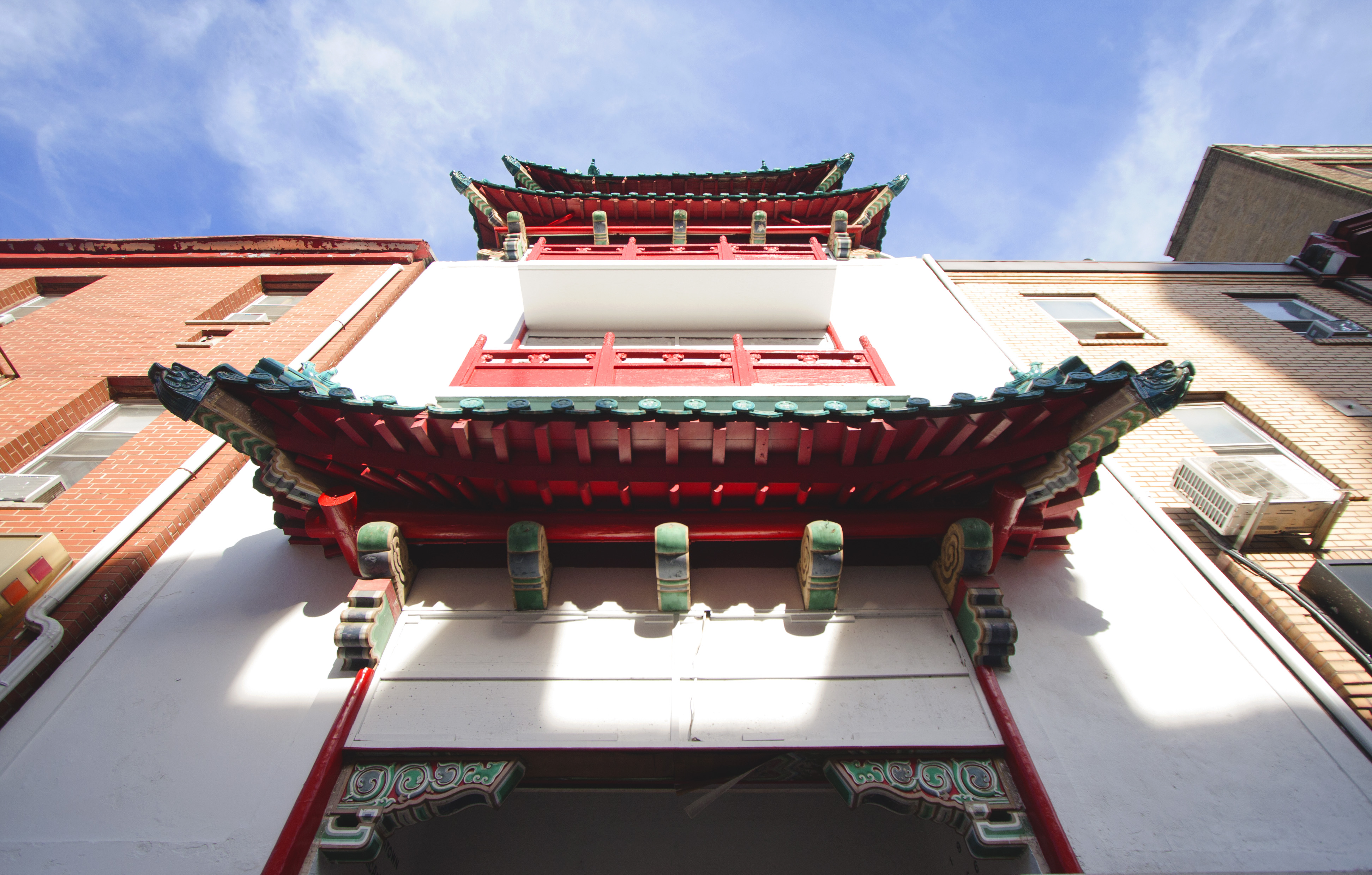 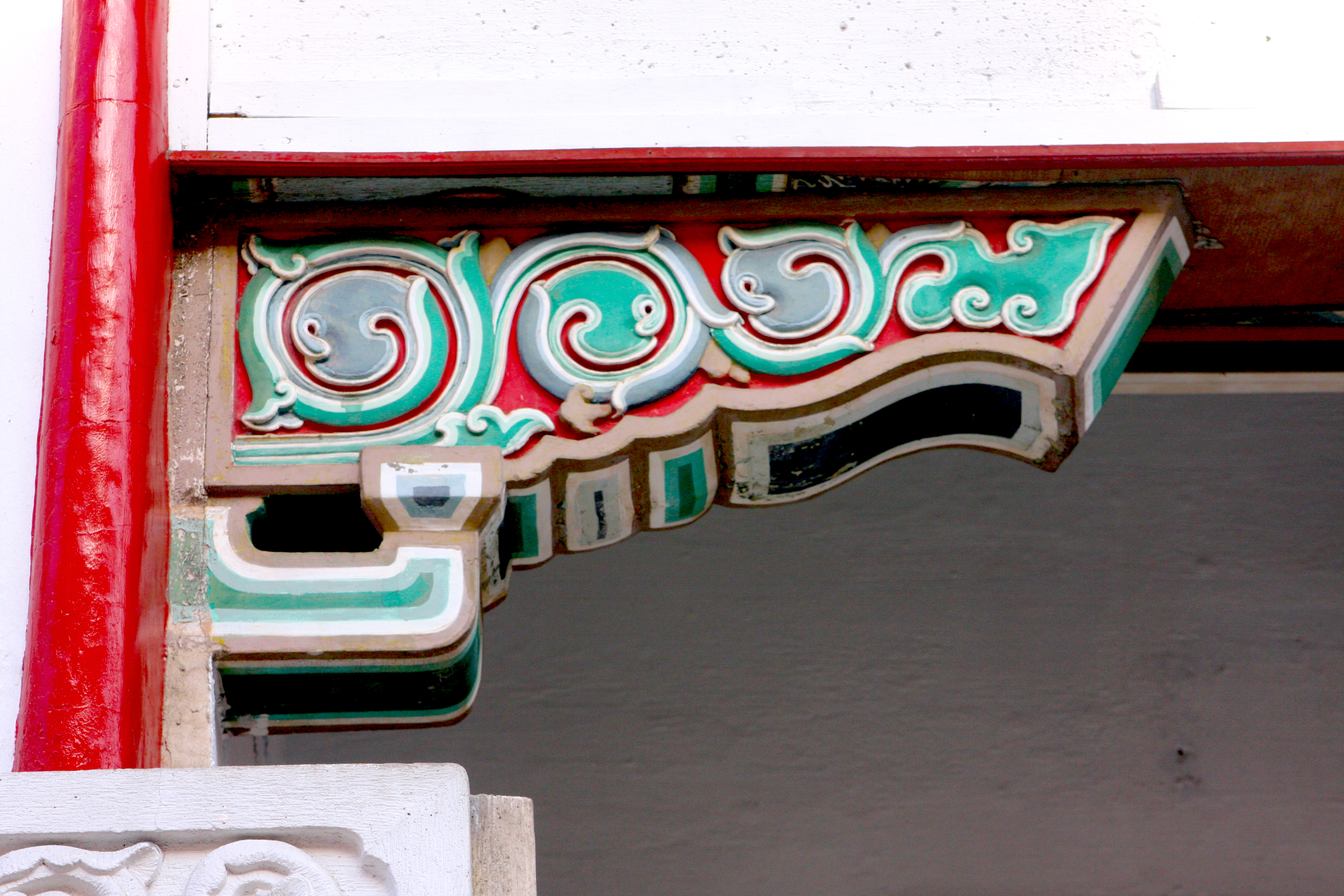 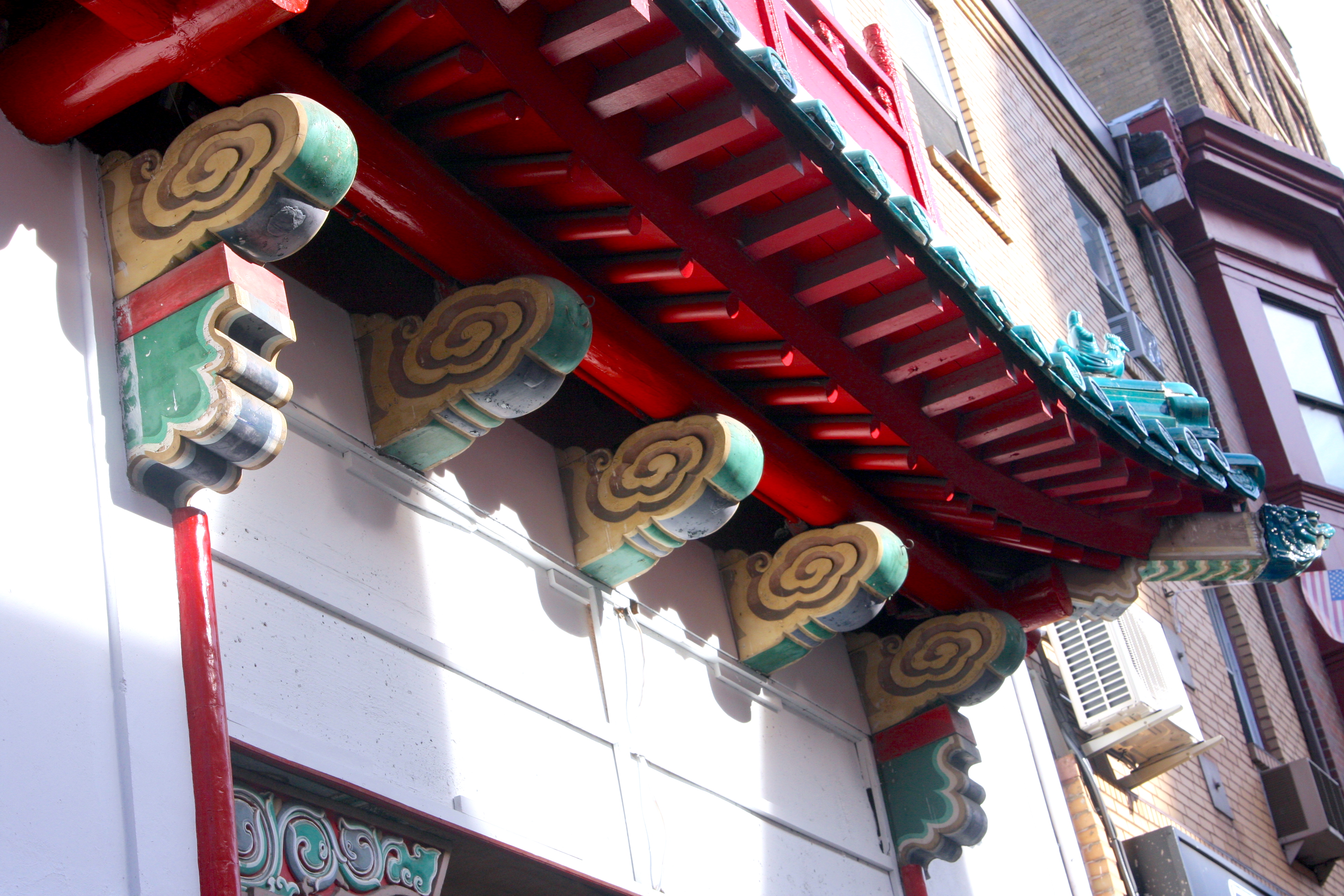 After a few good decades, however, the Chinese Cultural and Community Center lost its initial luster, and in 2004 Victoria Chang, the wife of the late T. T. Chang, held the center’s last 10-course banquet. Unable to pay the bills or keep up building appearances, the center officially closed in 2007.

It changed hands a few times, initially being sold to On Chuen Lam, a restaurant owner in New York City. License

and Inspection records issued over the years tell the story of how the once lavish interiors were gradually gutted, year by year. A permit for major alterations to the property, including the addition of a sit-down restaurant, was issued in 2013.

Those plans, too, fell through, leaving the building completely stripped, save for its ornate, red window trimmings and wobbly balconies.

Concerned for its future, the Preservation Alliance for Greater Philadelphia stepped in, nominating the building for historic preservation that same year. Its addition to the Philadelphia Register of Historic Places meant the building was safe from demolition, but for another three years it sat vacant and untouched. 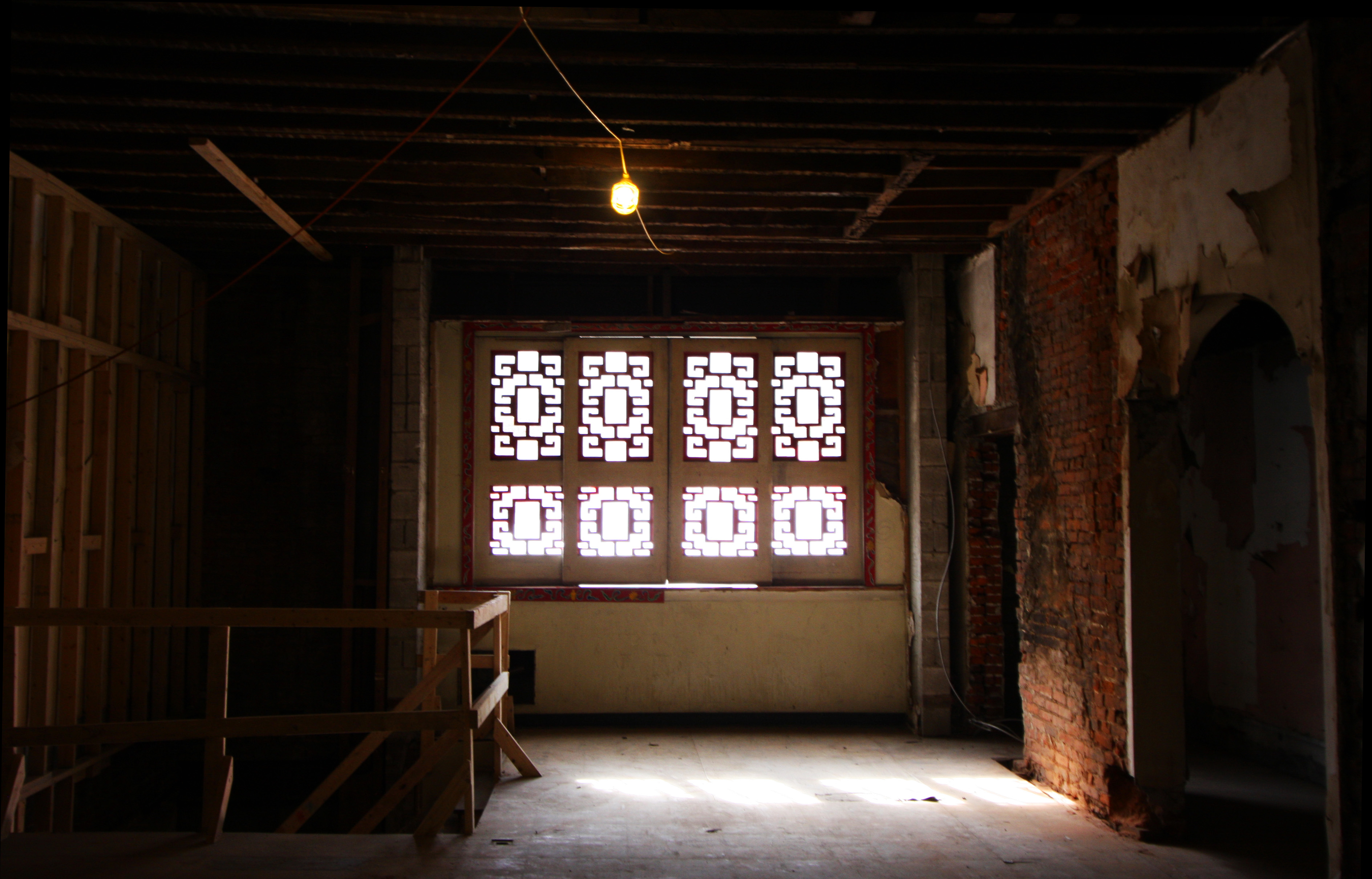 The Abandoned and Blighted Property Conservatorship Act (Act 135) was established in 2008. The relatively unknown state law allows neighbors and residents to essentially make the state known about neglected and blighted properties in their communities.

"I’m doing this at the request of Councilman Mark Squila," Palmer said at the first public tour of the property in years.

"This" means a long list of repairs that comes along with the role of conservator: Restoring water service and rough plumbing; installing new floor joists; sealing the roof; putting in safety handrails; repair the balconies, front facade, and masonry; repainting the decorative panels; and installing new windows and a back door.

When Palmer walked into the graffiti-covered property in May, he says it was basically a shell of a building, completely stripped with holes in the floors. "Whoever leased this in 2013 took everything out. They started to frame the building, and then walked away from it."

Over the past few weeks Palmer’s team has worked with the Philadelphia Historical Commission and John Chin, executive director of the Philadelphia Chinatown Development Corporation, to restore the building just enough to potentially put it on the market.

If the property receives court approval, it may be listed for sale by September. Palmer says Chin will be actively involved in finding qualifying buyers.

One idea Palmer has for the building’s second lease on life? "It would be beautiful for a restaurant below and apartments above."

"It’s been a fun exercise," says Palmer, "but challenging."