With tiny Trinity in Rittenhouse Square, 10th time's a charm

After a decade in Honduras, a potter makes a new home in a traditional Philadelphia Trinity house

A celebration of all things small—from towns and tiny houses to micro apartments and modular furniture.

For the past decade, potter Lynn Dee has made a home and life for herself on the beautiful Roatan, Bay Islands, Honduras. Her property sits right on the white sandy beach, surrounded by an unruly jungle-like garden. So from an outsider’s perspective, it’s hard to imagine why she would ever trade her laid-back, artist's life to live in a tiny Trinity in Philadelphia.

But as Lynn puts it, one can only live the island life for so long. "I know it sounds great, but it can get boring," she says. "I just missed the culture and how there’s always something going on in the city." 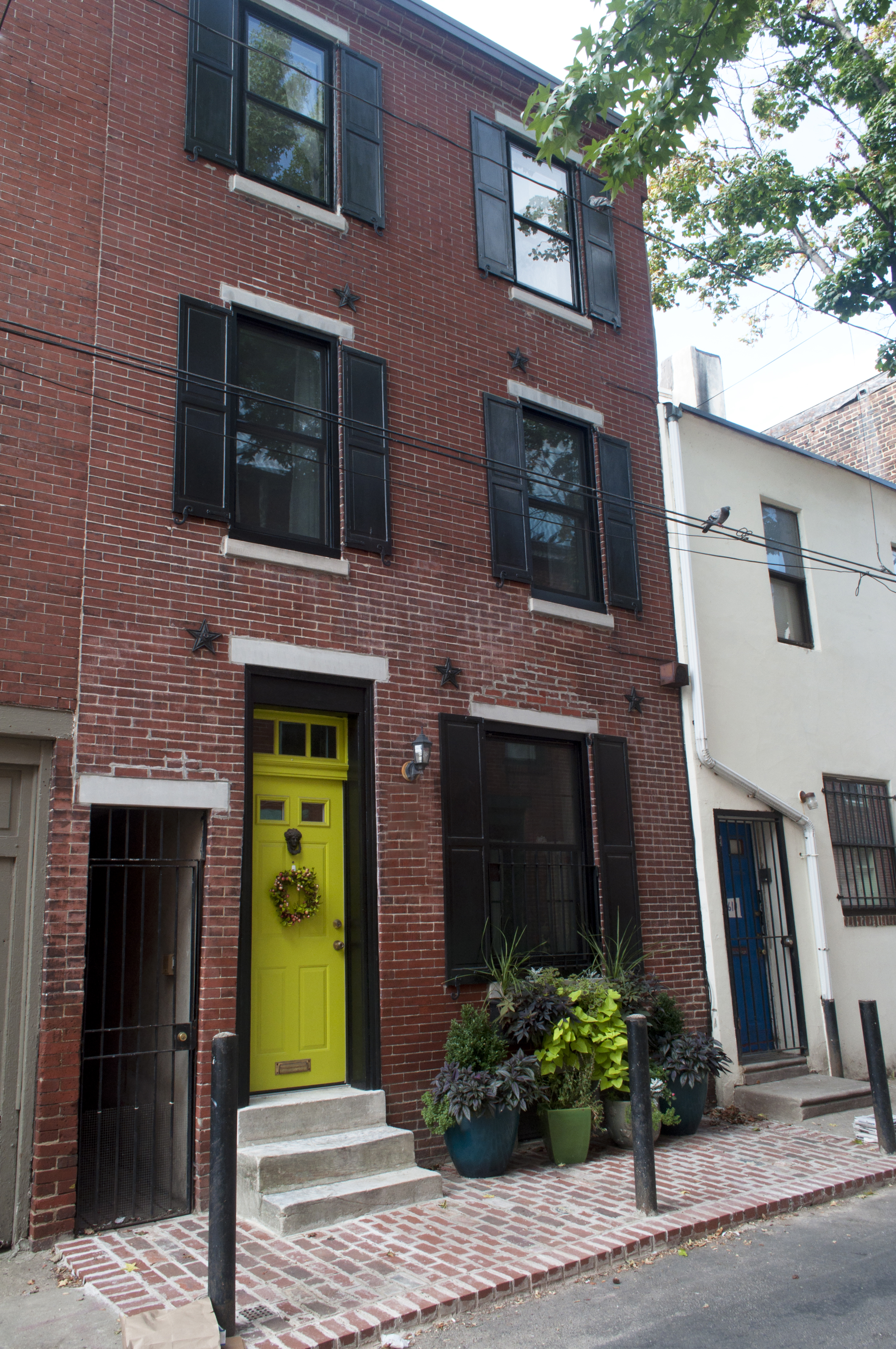 So almost two years ago, Lynn put her Honduras home on the market and decided to dip her toe into the Philly housing market with the help of her daughter who was living in Rittenhouse Square. The duo didn’t have to look very far, however, since a rowhome across the street from Lynn’s daughter immediately became available.

It was a Trinity, a type of rowhome specific to Philadelphia that’s named after the Father, Son, and Holy Ghost of the Catholic church. Many of these three-story homes were built during the early- to mid-1700s, when the city experienced a population boom, but lacked the money to build big homes. They vary in size, but typically run anywhere from 300 to 900 square feet, and are known for their winding staircases.

The Rittenhouse Square Trinity Lynn had her eye on clocked in at a reasonable 750 square feet, but there was a lot of work to do. That didn’t scare her, though—her tally of renovated homes was about to hit the 10 mark.

When the home hit the market on a Friday at 1 p.m., Lynn was the first one to make an offer. That night, she got the call while on her way to Honduras that the home was hers.

The first task: Restoring the hardwood floors on the first floor. Next, building an entirely new kitchen that was functional and spacious, yet small enough to squeeze in another sitting area. IKEA cabinetry saved the day, and allowed for Dee to install a six-range gas stove ("I've only cooked in here once," she admits), a microwave, dishwasher, and refrigerator.

The second level of Lynn’s home needed work, too. One easy way to save space in the Trinity was to install sliding barn doors in both the guest room and bathroom. "That way you don’t have to open a door into the small hallway and waste room," she says. 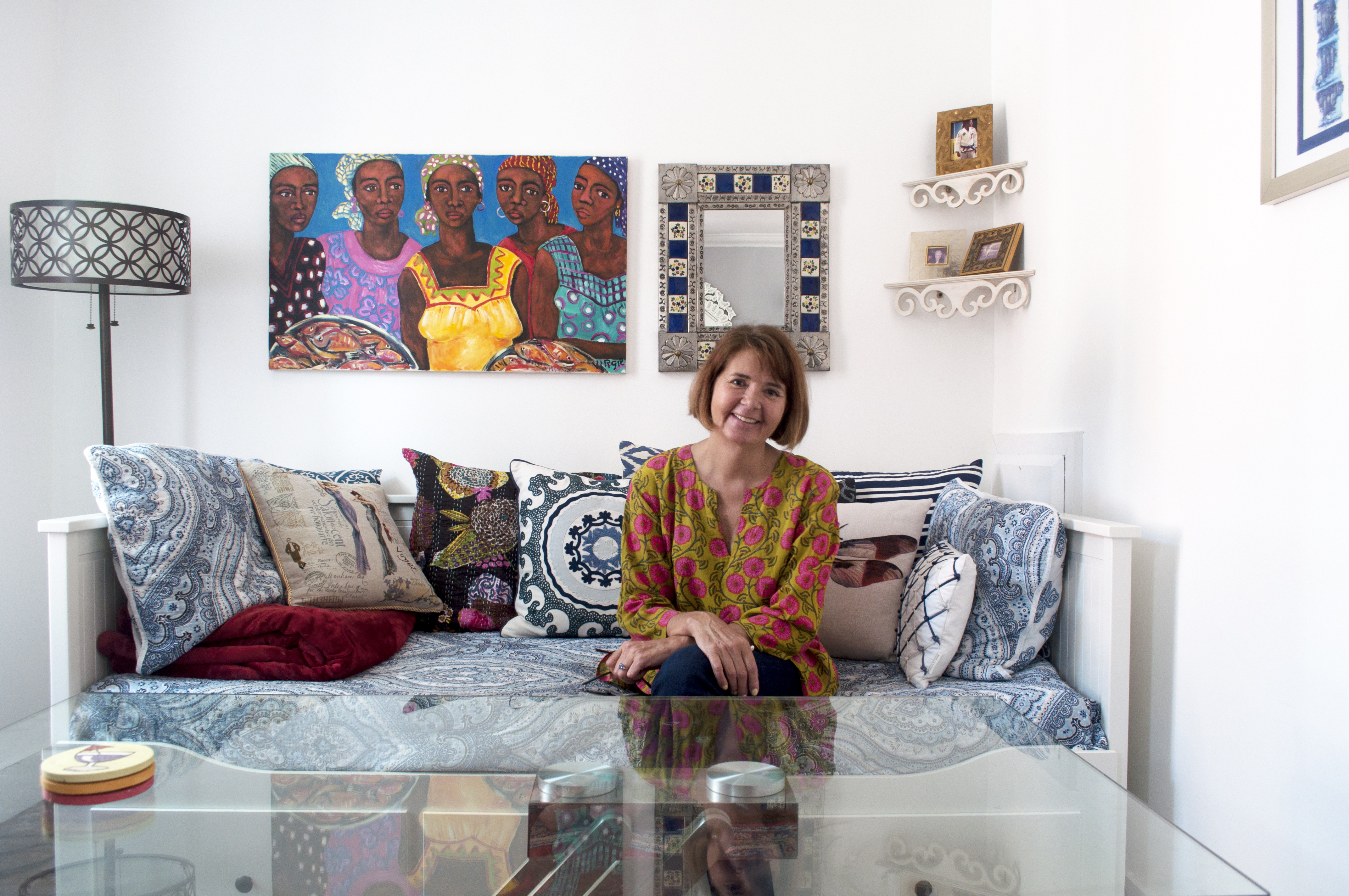 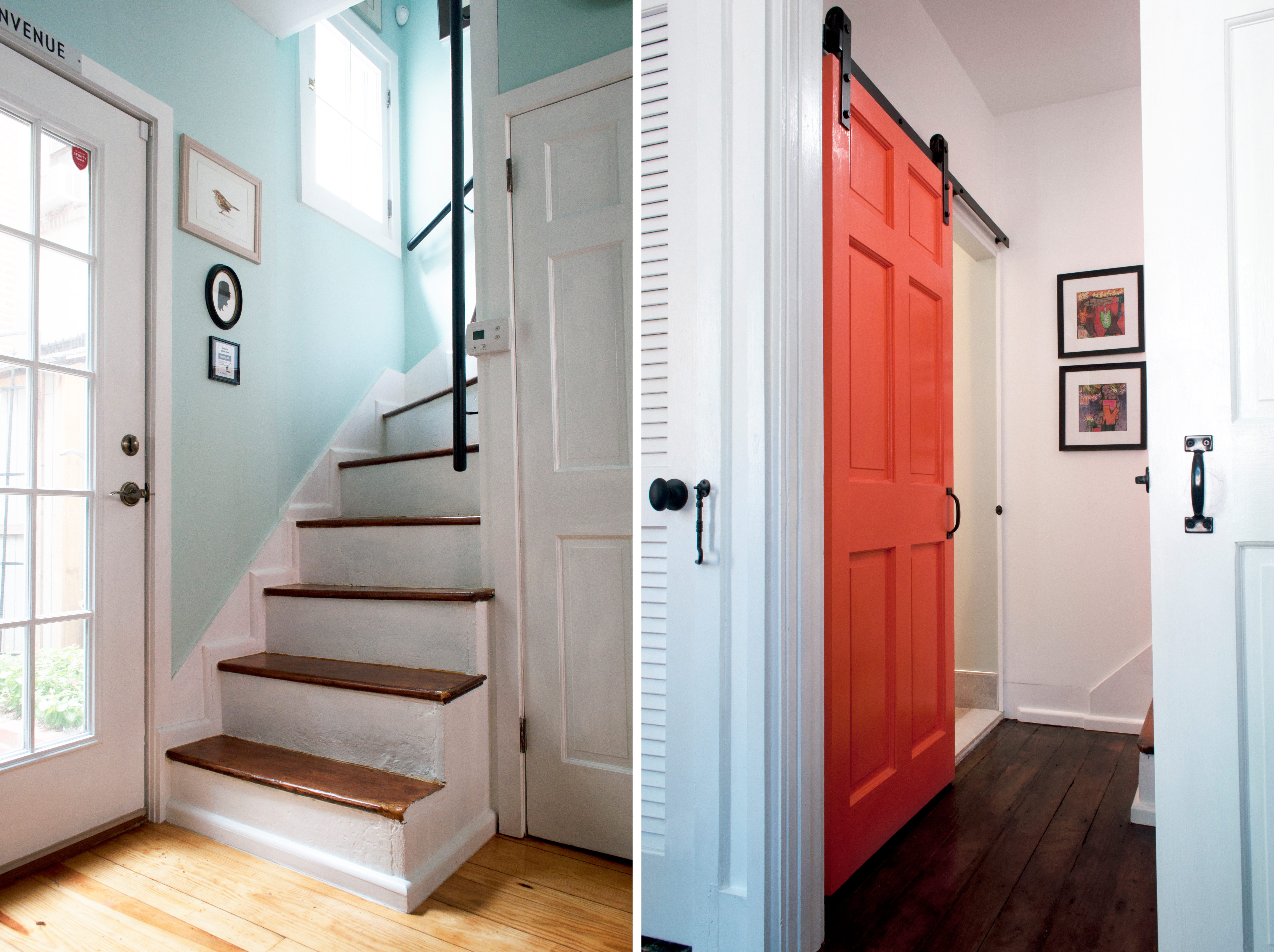 The family room is one of Lynn’s favorite rooms in the house. An IKEA daybed doubles as a couch and bed when guests stay over, and the coffee table changes heights and turns into a dining table. In fact, Lynn and her partner were able to host a holiday dinner with 10 people in this small room.

The one bedroom on the third level is where Lynn’s colorful personality really shines. The light-filled space is filled with antique furniture restored by her grandfather, as well as DIY pieces that Lynn made herself. 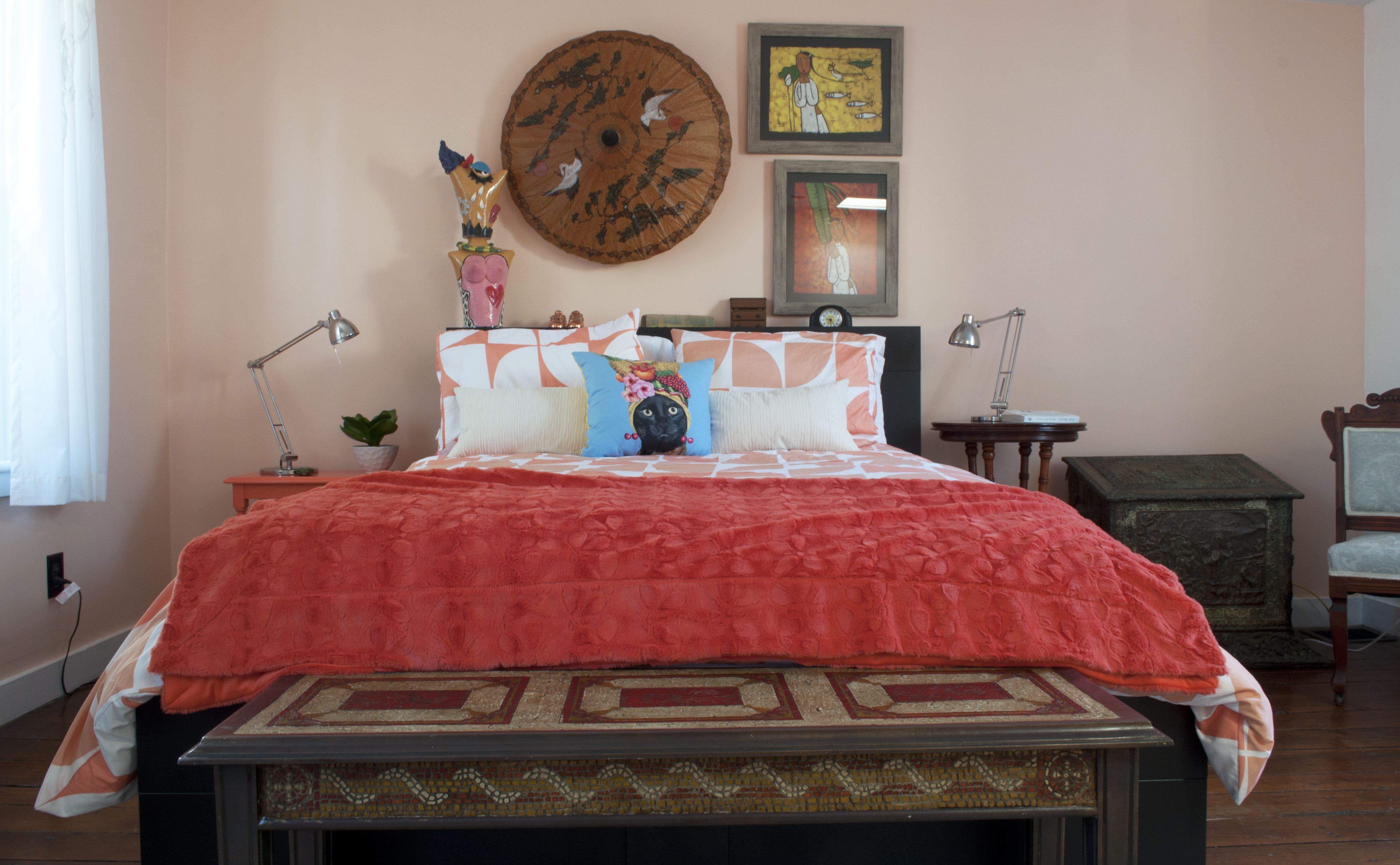 "Half of everything in this home has a story," says Lynn. "If it wasn’t sentimental to me then we didn’t bring it."

Almost two years after moving into her Trinity, Lynn loves the tiny home she’s made livable for herself and her one-eyed cat from Honduras, Wanda. Living in a small space with tight corners forces you to be creative, says Lynn. "I really love the compact nature. I could see myself staying here forever," she says.

"And no, the stairs don’t phase me one bit."