Philly’s own Matthew Christopher is the photographer behind Abandoned America, a long-running website that features stunning galleries of run-down, derelict, and forgotten places throughout the country. In his newest book, Abandoned America: Dismantling the Dream, Christopher highlights places like the inside of the SS United States ship, a shuttered motel in the Catskills, and other abandoned hospitals, hotels, and malls throughout the country.

Curbed Philly chatted with Christopher about his book, and why he thinks people have such a visceral response to abandoned places.

How long have you been documenting abandoned places?

I usually say the year when I got interested was 2001. But it was kind of a couple of years later that I really began seriously pursuing it. And actually, this year is the 10th anniversary of my website.

But why did you decide to photograph these run-down places?

I worked in mental health and got really interested in the history of that, which I knew very little about at that point. I read and read about it and the one place that kept coming up was Byberry hospital, or the Philadelphia State Hospital. It basically got to a point where I decided I wanted to see it first hand, abandoned, and that was kind of a transformative experience. 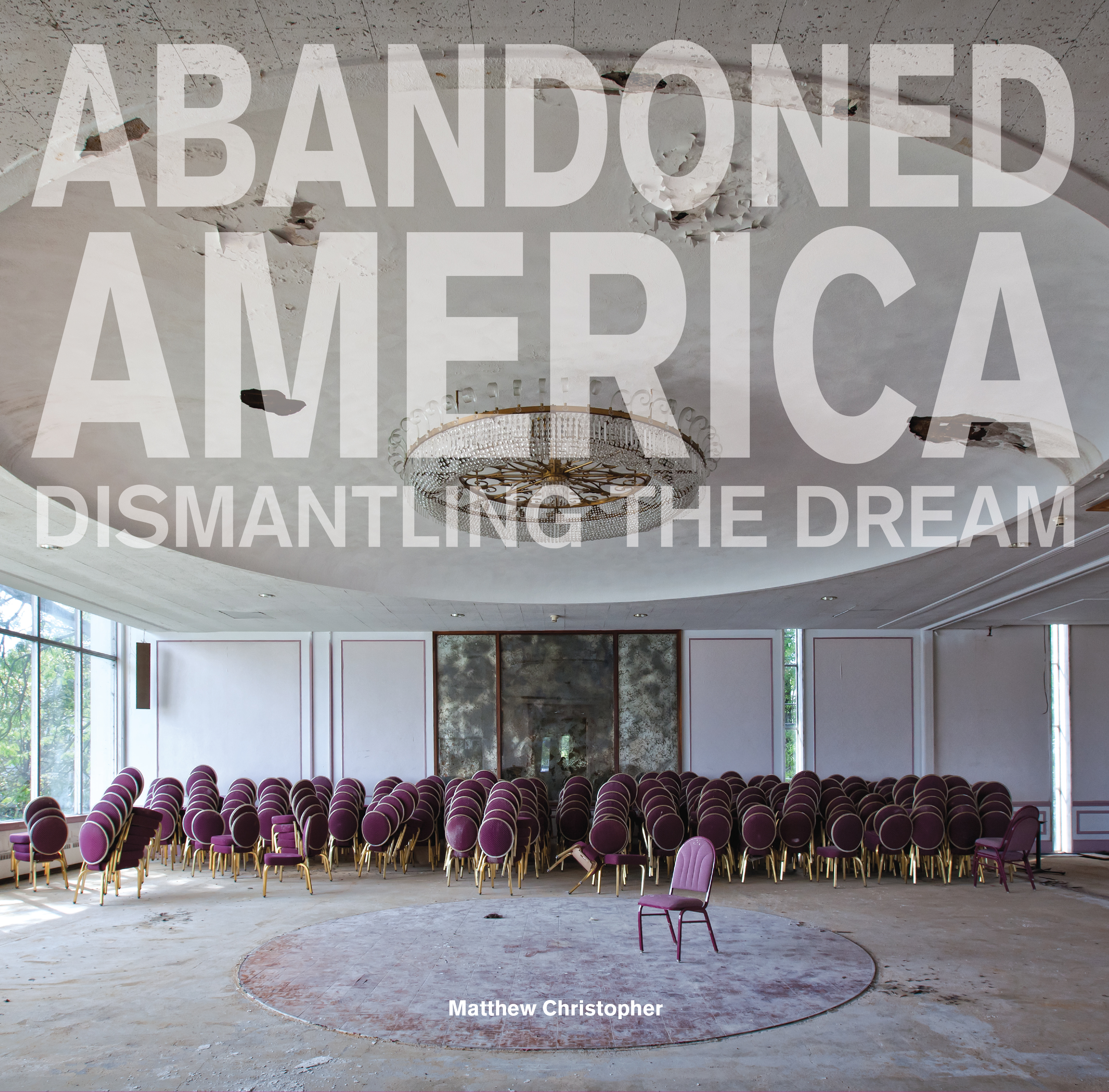 What is your goal with your line of work and publishing this second book?

It depends on my mood and the day. There are so many different areas it touches on in terms of looking at history and economics, and sort of the overall shift in terms of production in our country and how it can effect our communities. And then these places have preservation or a sort of atrocious lack of it. The neat thing about it is that it’s a lens with which you can turn it on a lot of different issues and ideas.

There’s kind of a general theme that I think is an examination of failure and how places were formed with different ideals and then collapsed under their own weight, both figuratively and literally.

What are some of the Philly-based places you highlight in the book?

So, there were a number of changes between my first and second book. In the first, a really disproportionate number of the places featured are in Philadelphia. I‘m from Philadelphia, but I wanted to give more geographic variety and spend more time getting to know each of the places. So in this one it’s just the SS United States ship that’s Philly-based.

How much time do you spend in each place?

Amount of time is really varies. The place in the Catskills, I’ve been to quite a few times. But Lee Plaza in Detroit only took three hours.

Why do you think so many people are drawn to abandoned places and have such an intense response to them?

You have this kind of broad spectrum of things. For some people, the Catskill Game Farm was a huge baby boomer destination. Millions of people went there and brought kids and then they brought their kids—so there’s a nostalgic, personal connection to some of these places. For other people I think it’s more the historical aspect, and then maybe you have someone who is 19 or 20 and think, "Hey, this is adventure."

That’s a huge answer but I think there’s a lot of approaches people have to them.

You’ve very careful about naming or not naming places you’ve photographed, especially because a lot of them are on private property or dangerous. But like you said, there are a lot of young photographers who are interested in doing what you do. What advice do you have for these sort of urban explorers?

The biggest thing is, if you’re going to a place, respect it. The interest in urban exploration has grown exponentially over the past five years. With that comes a certain responsibility. People tend to look at these as rule-free zones and there is a romance to that. But just realize hat they’re not just yours—so leave ‘em as you find them so that someone else can come along and appreciate them, too.