Construction has begun on the historic Spring Garden School adaptive reuse project, which will convert the abandoned building into an affordable housing haven for low-income seniors and veterans.

Officials celebrated the groundbreaking of the $14.5 million project on Friday at 845 N. 12th Street. Philadelphia Housing Authority and HELP USA are working together on the conversion, which will include 37 residential units. Twelve of them will be for homeless veterans. 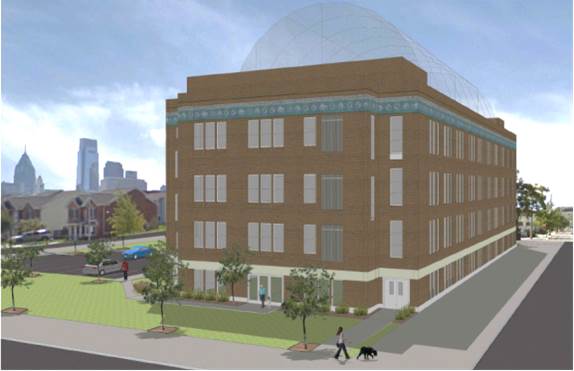 The school, which was designed by Philly architect Irwin T. Catharine and built in 1927-1928, has sat abandoned and vacant since the 1970s and was added to the National Register of Historic Places in 1986. Like many other abandoned sites throughout the city, the Spring Garden School has become a sort of haven for graffiti artists. The plan is to preserve as much of the wall art as possible, Help USA’s David Cleghorn told the Philadelphia Inquirer.

Although the groundbreaking was on Friday, construction began on August 1 and is expected to be move-in ready by mid-2017, according to a press release. In addition to the housing units, there will be a rooftop garden and playground, as well as on-site health services.