The 1960s cabin rental is a picture-perfect getaway

A-frames across the country are making a comeback, in part thanks to the popularity of Instagram accounts like cabinporn and cabinlove. What’s more, they can be found in more places than just the snowy mountains of Colorado or picturesque Lake Tahoe.

Proof lies less than an hour away from Philly in Dorchester, New Jersey, where this 1960s A-frame sits pretty on 2.5 acres along the Maurice River. The quintessential vacation home is a lesson in Scandinavian Modern style, a picture-perfect getaway that’s now accepting reservations.

The A-frame is the second outpost of Lokal, an invisible service boutique hotel that opened its first location in a rundown building in Old City. Chad and Courtney Ludeman, the founders of Lokal Hotel and Postgreen Homes, had been on the hunt for their next renovation project after the success of their Old City location, which was designed by Jersey Ice Cream Co.

“We’ve always had a soft spot for A-frames, and while this one hadn’t been updated since it was built, the bones were great and the property was just what we were looking for,” said Chad, who adds that it’s been a life-long dream of his and Courtney’s to renovate an A-frame. 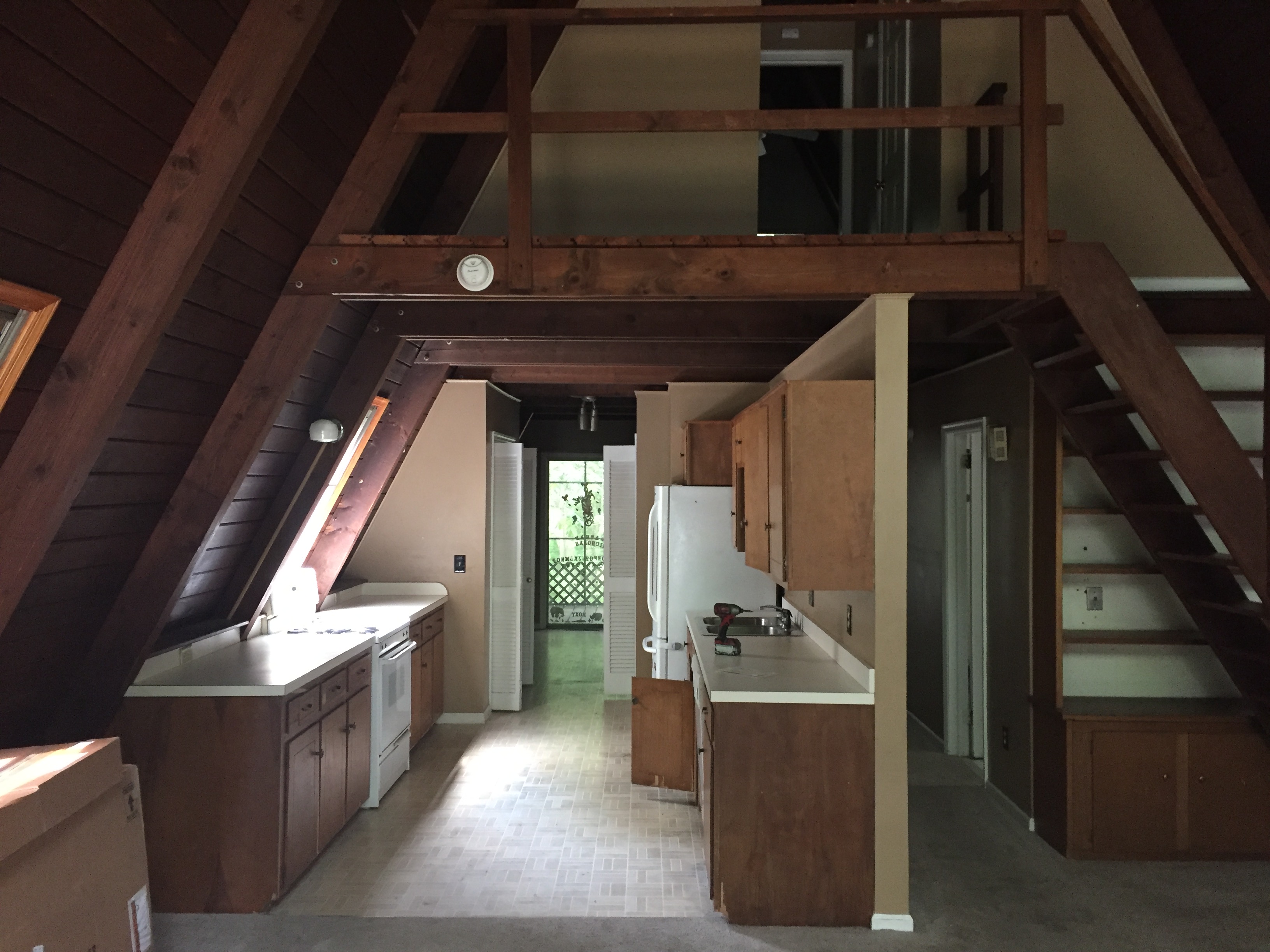 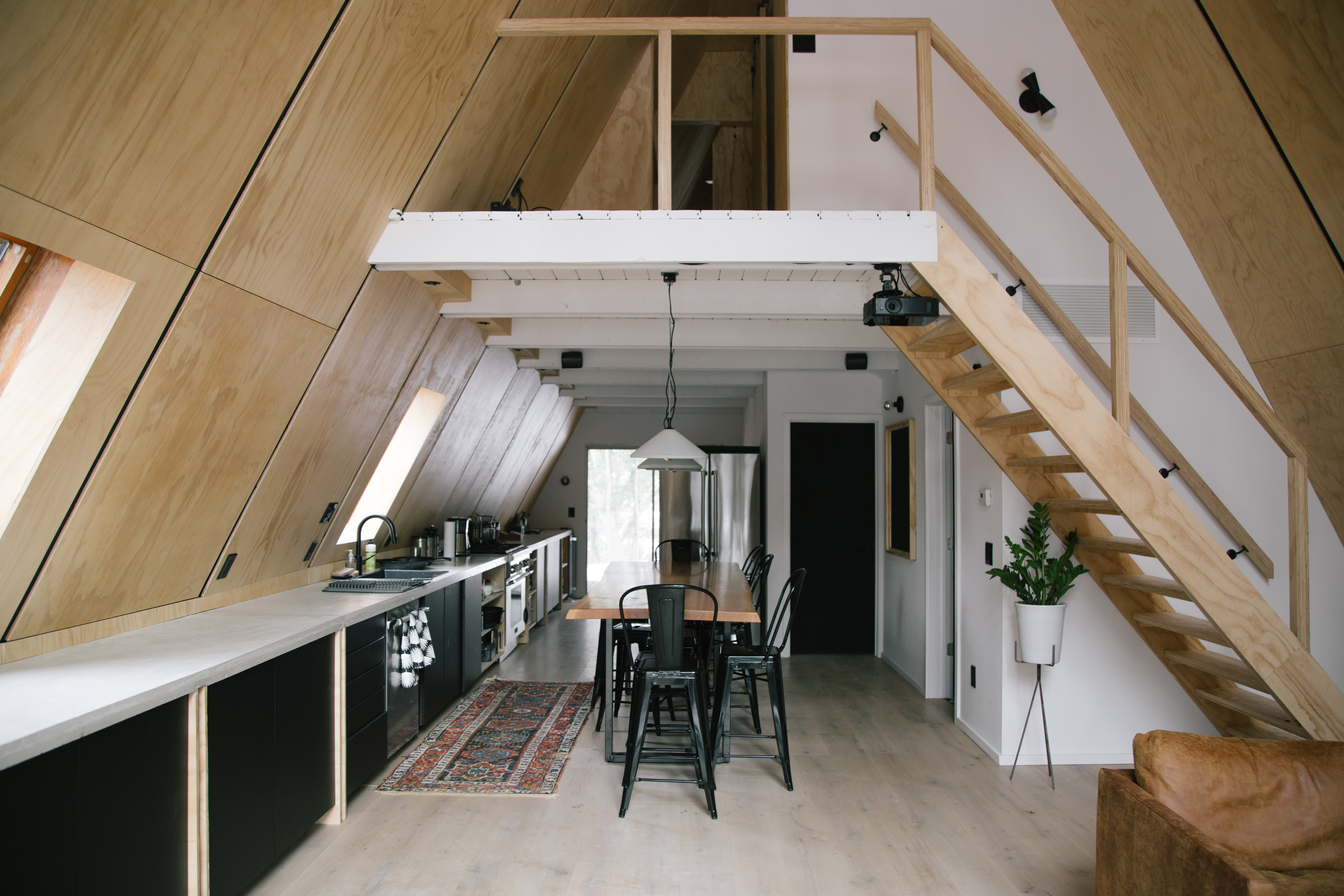 The A-frame’s location, smack dab in the middle of Philly and the shore, made it the perfect place for folks to escape to both in the winter and summer months. It’s just a half-hour from the shore, which makes for easy day trips.

After finding the A-frame in the middle of the South Jersey woods, the Ludeman’s moved into the cabin with kids in tow this summer and immediately got to work renovating and restoring the property on a small budget. (They lived in tents on the grounds until one of the bedrooms was ready. Talk about dedication.)

One of the most noticeable overhauls included opening up views from the A-frame: There’s now a wall of windows that run up to top point of the cabin, and the sliding glass doors run the length of the first floor.

The dated kitchen and bathroom appliances were completely gutted and replaced with Scandinavian-style finishes. Today, the A-frame features materials like concrete, pine plywood, and bleached floors. Concrete plays a big role here: The kitchen countertops were custom poured, as were the bathroom vanities. 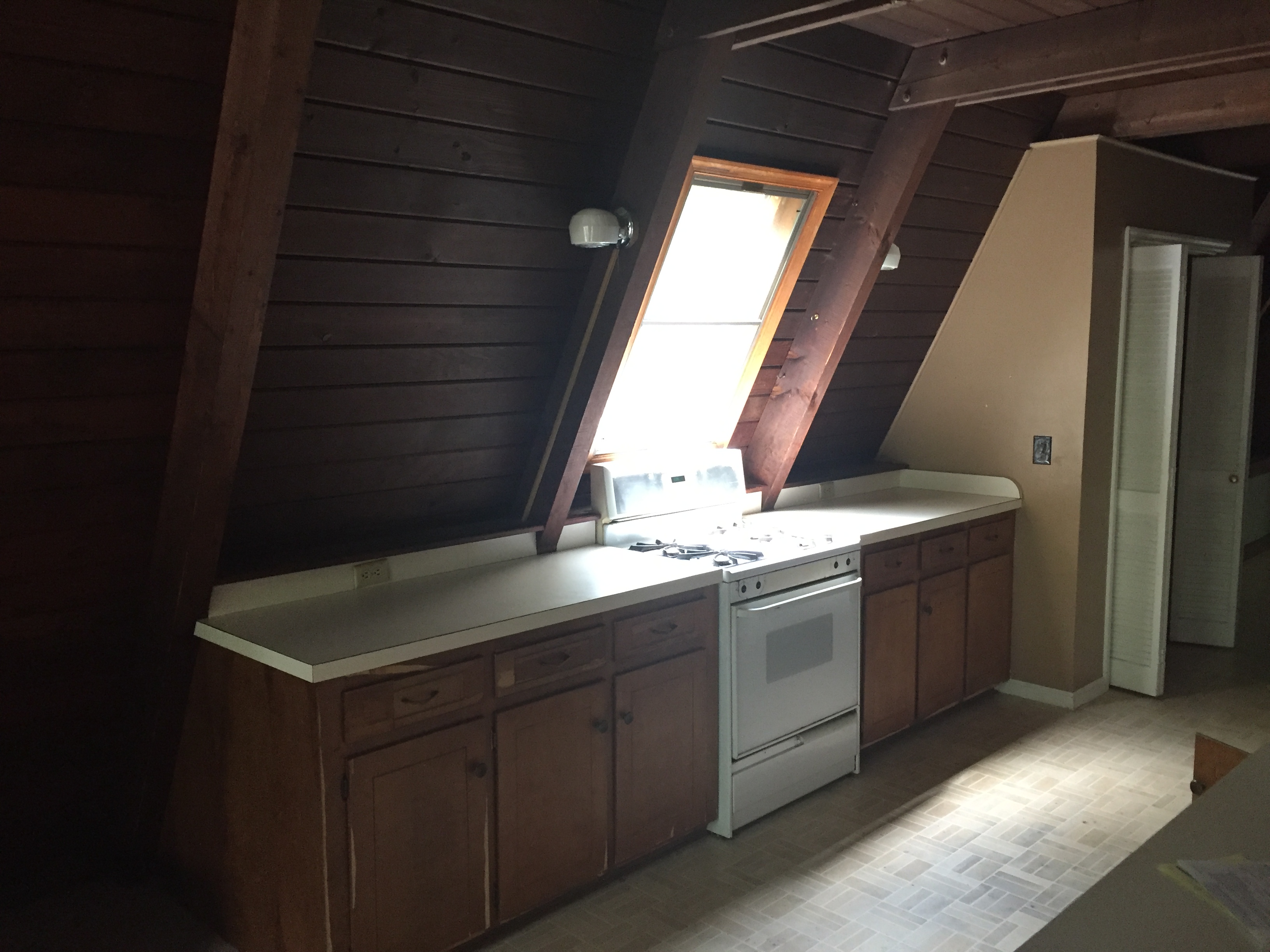 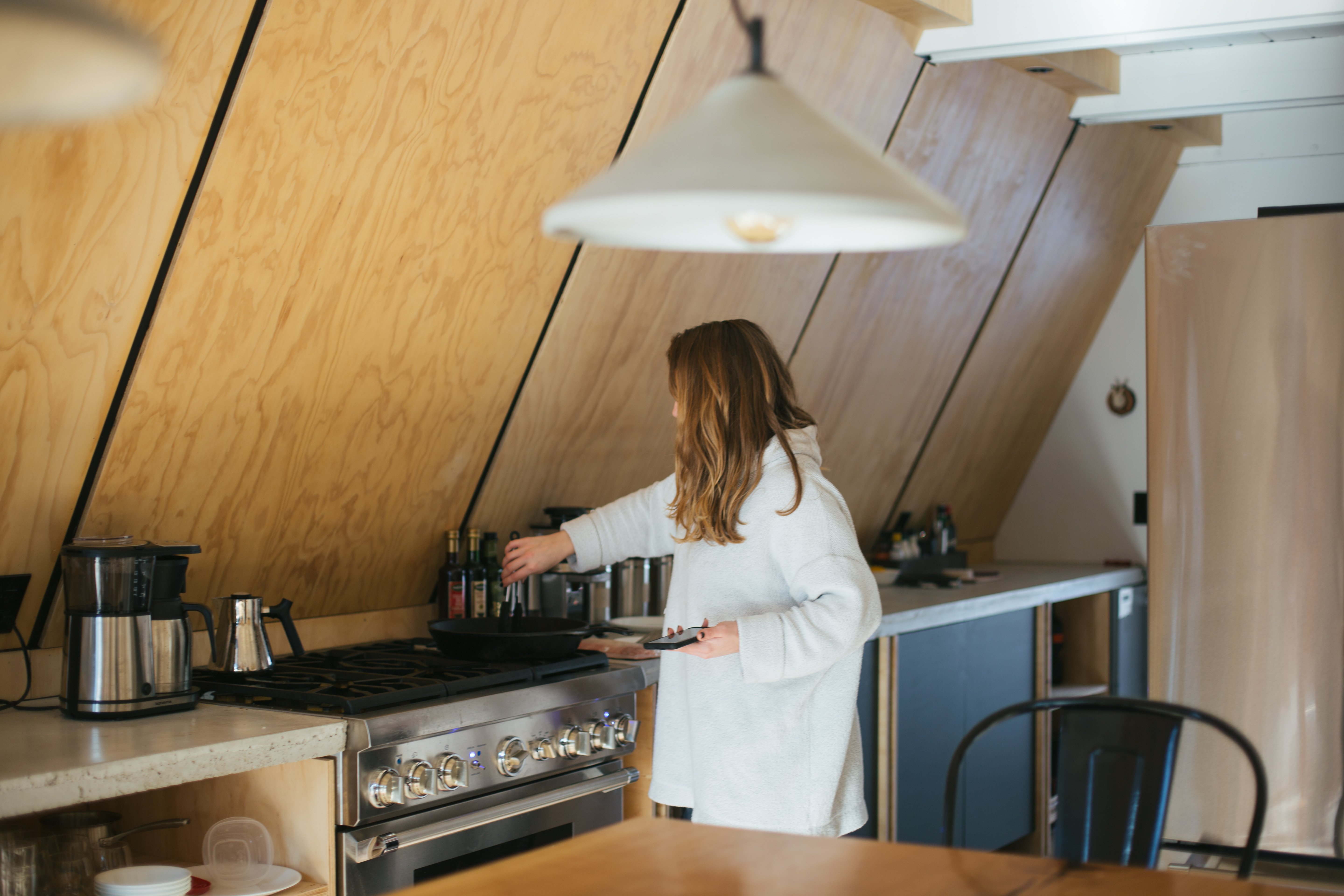 Also, the three-bedroom, two-bath cabin sleeps more than the traditional A-frame. Eight people can camp out here, with the loft upstairs with a queen bed, the bedroom on the first floor, and four bonus twin-bed nooks built into the walls in the basement, which Lokal calls its “bunk room.”

True to the Lokal Hotel’s “invisible service,” the A-frame is equipped with everything you’d find at its Old City location, including Rival Bros. coffee, branded robes, and WiFi and Netflix. And then some: The grounds features a large deck, a fire pit, hot tub, and private access to the Maurice River.

“We made an effort to keep it hidden and out of the way from the views and connection to nature that is first and foremost in the getaway cabin,” said Chad.

The Lokal A-frame is now booking reservations for winter and spring, with summer and fall months to follow. It requires a two-night stay, with rates starting at $150 per night.

25 essential hotels in Philly you should check out