It took a few weeks—and 800 man-hours—but Billy Penn is back and looking fresh as ever.

Moorland Studios just completed its latest conservation of the William Penn statue that sits atop Philadelphia’s City Hall. The endeavor involved about a month of washing, buffing, and restoring of the 37-foot-tall bronze statue, which has only had about three other baths in its 125-year history.

Moorland Studios has led all four conservations for the statue. This time around, the team was tasked with using 1,200 gallons of high-pressure water to remove pollutants that had accumulated over the past 14 years. They then had to strip the existing wax from the statue’s surface and add a new coat of wax to fill spots that had suffered from erosion.

The statue was designed by Alexander Milne Calder. It’s a jaw-dropping 53,348 pounds and was cast in 47 sections so that it could be assembled piece by piece onto the top of City Hall. It took two years to install the sculpture, and today it remains the tallest statue atop a building in the world.

The scaffolding, however, won’t be taken down until late July. The city is still replacing the caulk in the tower dome to prevent water from seeping through, according to the Office of Arts, Culture and the Creative Economy.

Here are some super close-up views of William Penn’s makeover, in before-after photos. 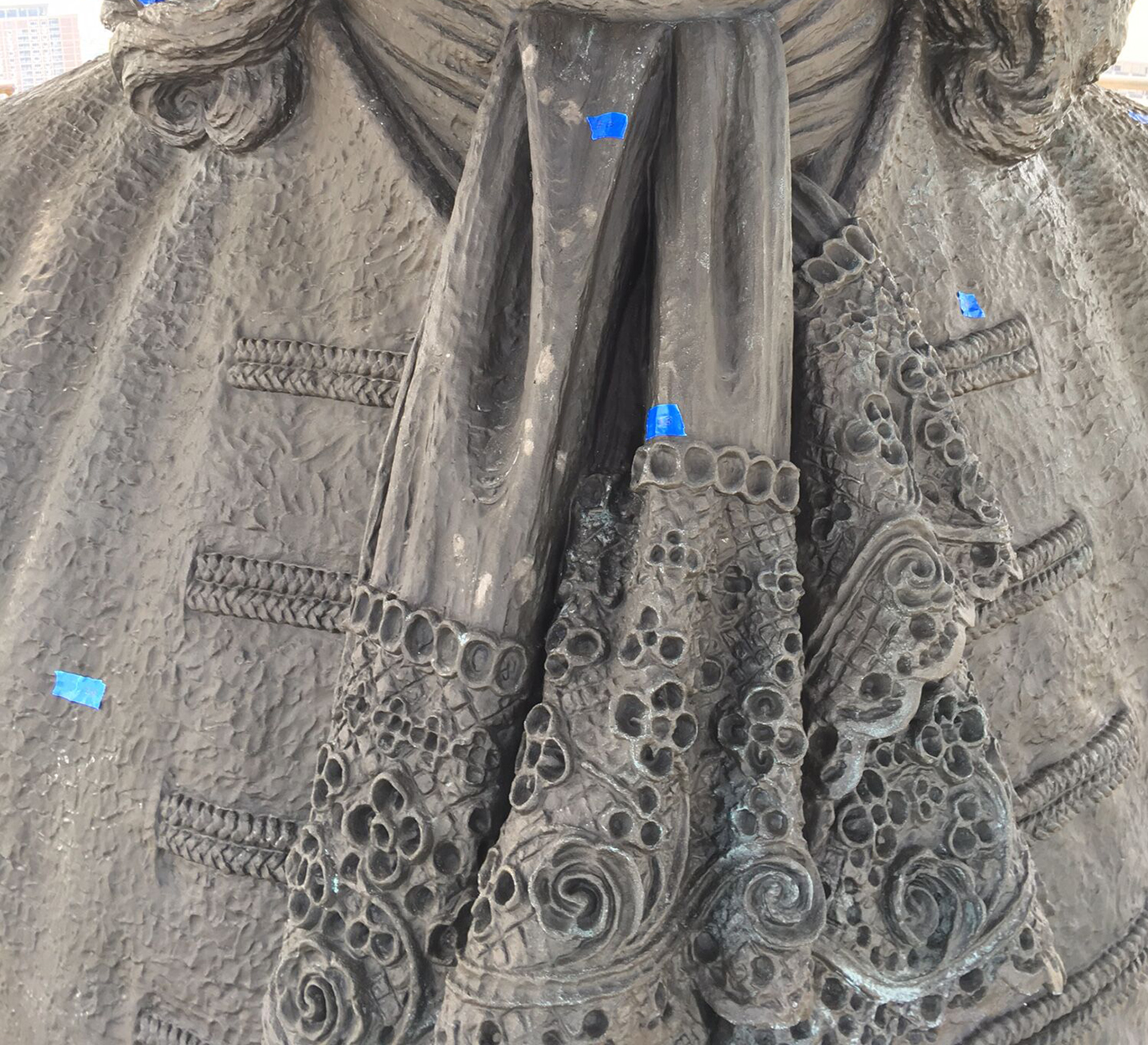 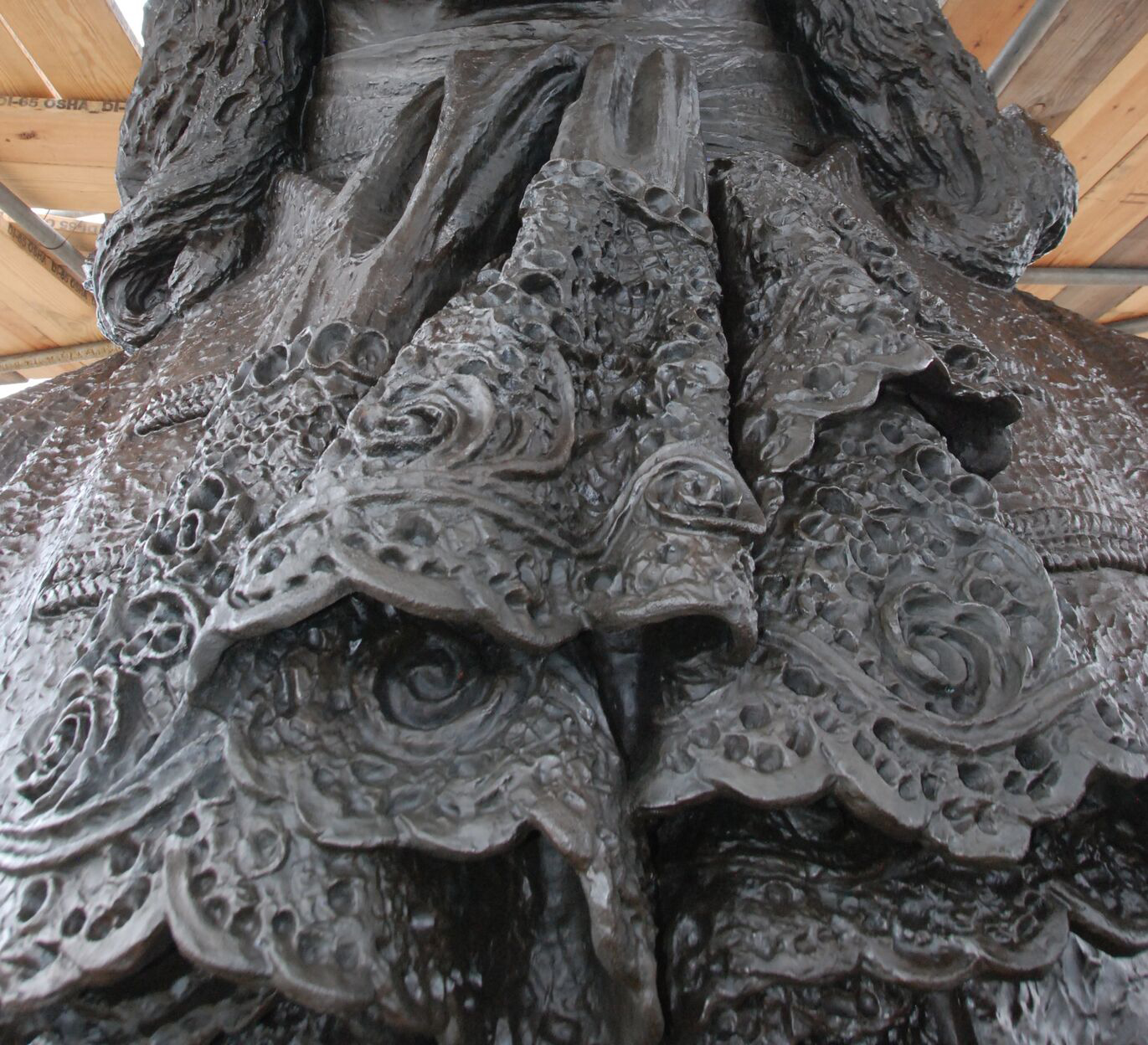 William Penn’s bow, before and after 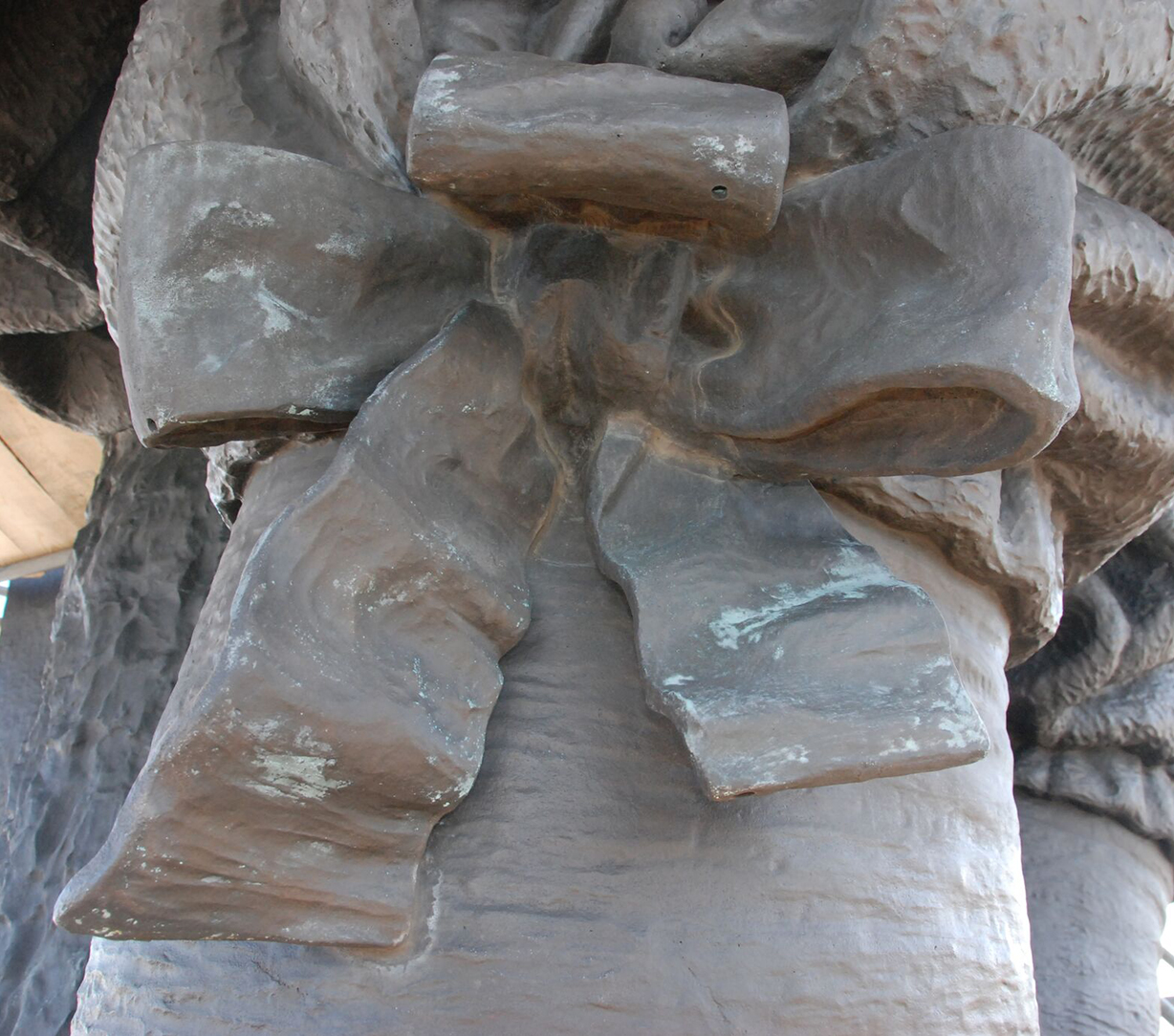 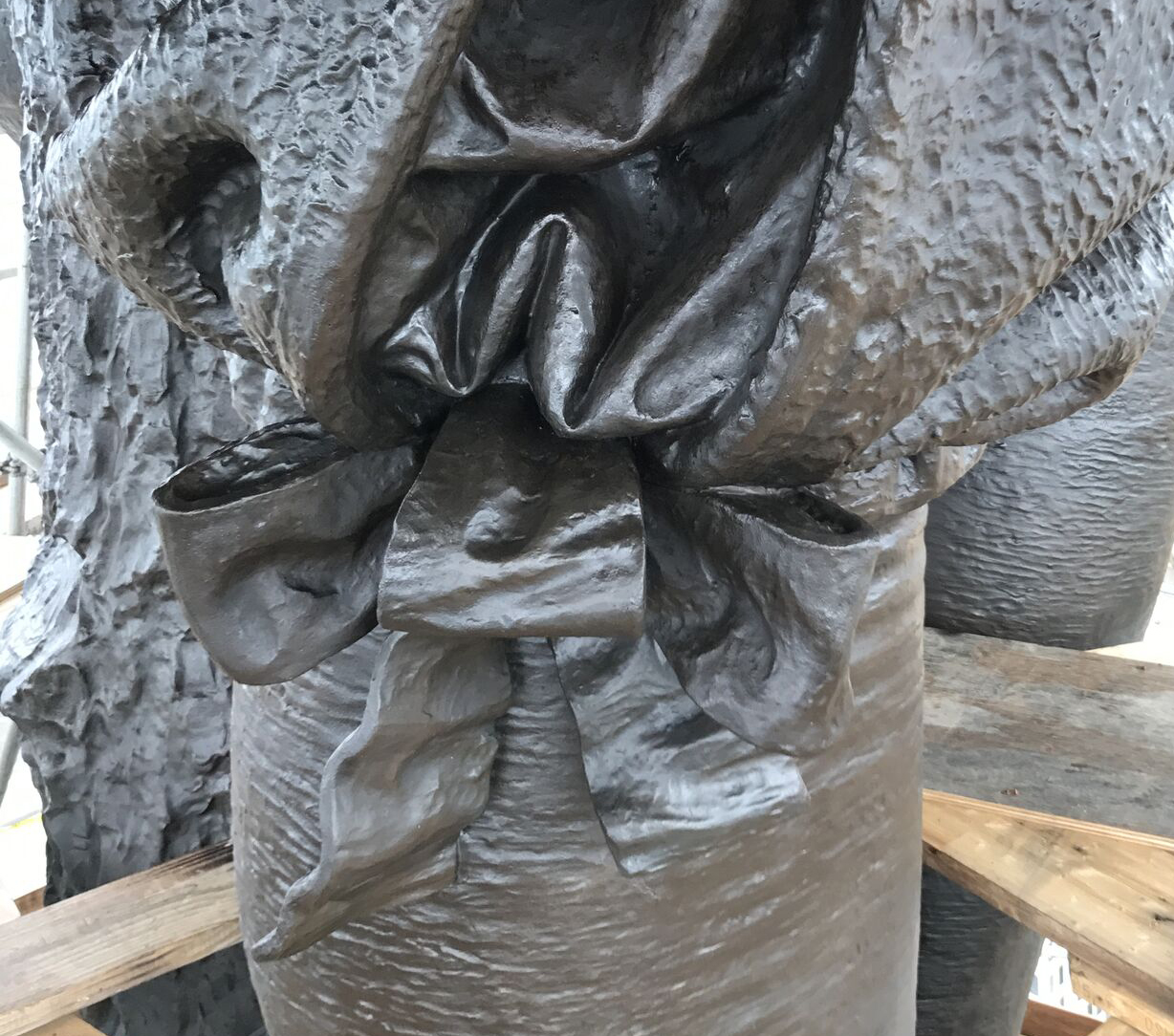 William Penn’s knee bow, before and after

Moorland Studios also documented the long process on its Instagram account. Even one of the city’s falcons checked in on the progress.

Anatomy of a sculpture. An interior view of the face of The William Penn Statue. Followed by the same view from the outside. #sculpture #sculptureconservation #bronzecastings #figurativesculpture #cityhallphiladelphia #williampennstatue #calder #caldersculpture

Not everyday you have the opportunity to see a falcon just hanging out on the head of an eagle. A fun day at work.#falcons #philadelphiacityhall #alexandermilncalder

Scaffolding started coming down today. A great project on a great monument. We are grateful to have been the ones taking care of this icon of the city of Philadelphia the state of Pennsylvania. #williampenn #williampennstatue #philadelphiacityhall #conservation #fineartconservation

Next Up In Philadelphia Public Art