The grand lobby is finally ready for its close-up

It’s been nearly four months since we last checked in on progress at the Divine Lorraine, the iconic building on North Broad that has been undergoing $44 million worth of renovations since 2015. In late May, all that was really left was putting the final touches on the grand lobby.

Now, the big reveal is here, with an exclusive first look at the space on Curbed Philly. Tonight, the Divine Lorraine will host a free event from 6 to 9 p.m. with music, drinks, and food to celebrate the completion of the lobby, allowing everyone to see the space and staged units in all their original glory in person.

The lobby is one of the two main grand spaces of the Divine Lorraine, the other being the 10th-floor banquet hall that is now home to two bi-level apartments. The Divine Lorraine was designed by Willis G. Hale and built between 1892-94 as an apartment building. It then spent some time as a hotel and in its last iteration, a home for followers of Father Divine.

When developer Eric Blumenfeld bought the abandoned building a few years ago (actually his second time doing so), he brought on Robert Powers of Powers & Company and architect Richard W. Sauder to lead the restoration efforts, with DOMUS heading up construction. Using historical images, the team was able to restore the lobby’s intricate moldings, columns, and marble floors.

Here’s how much the lobby has changed from May 2016 to today. 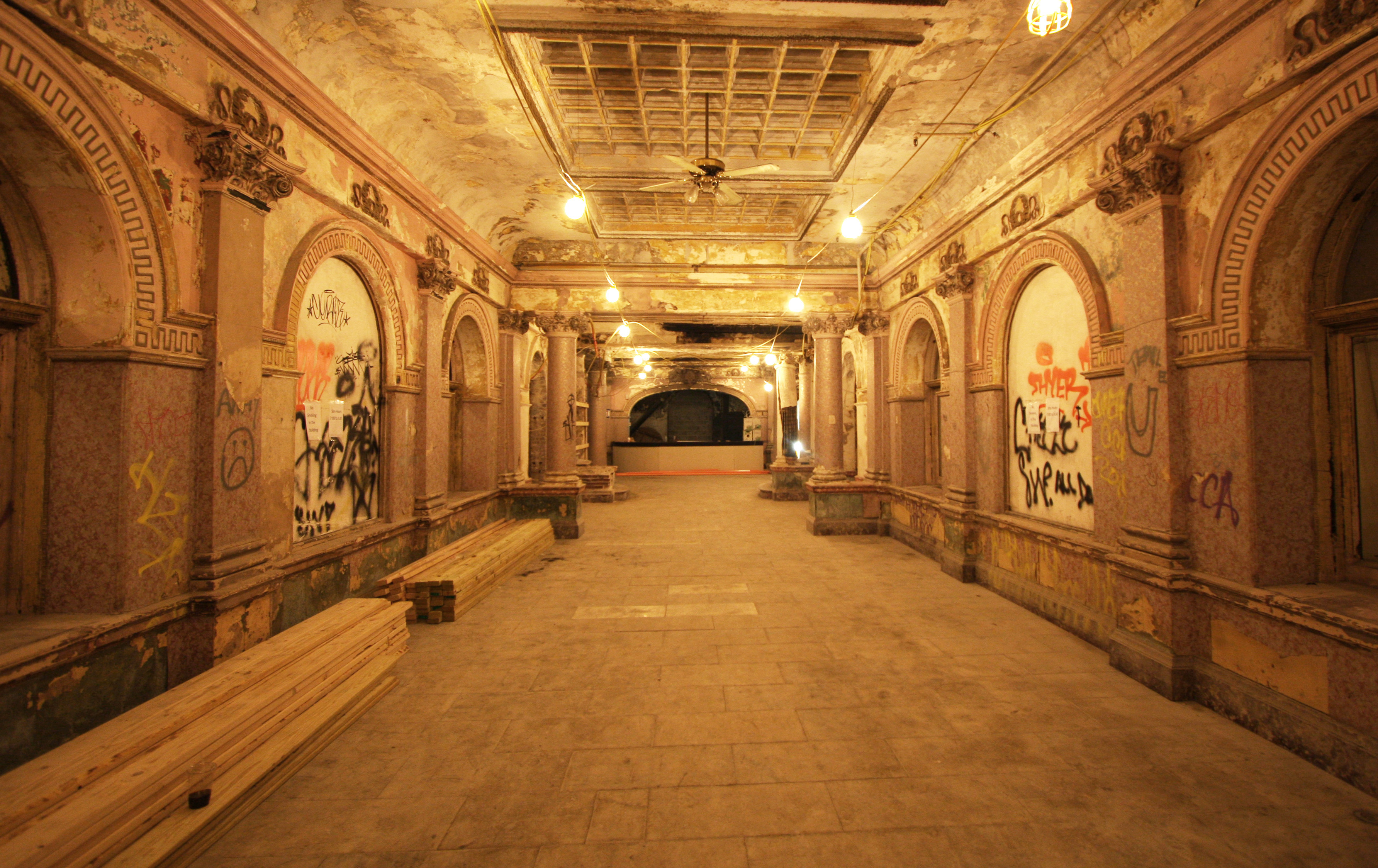 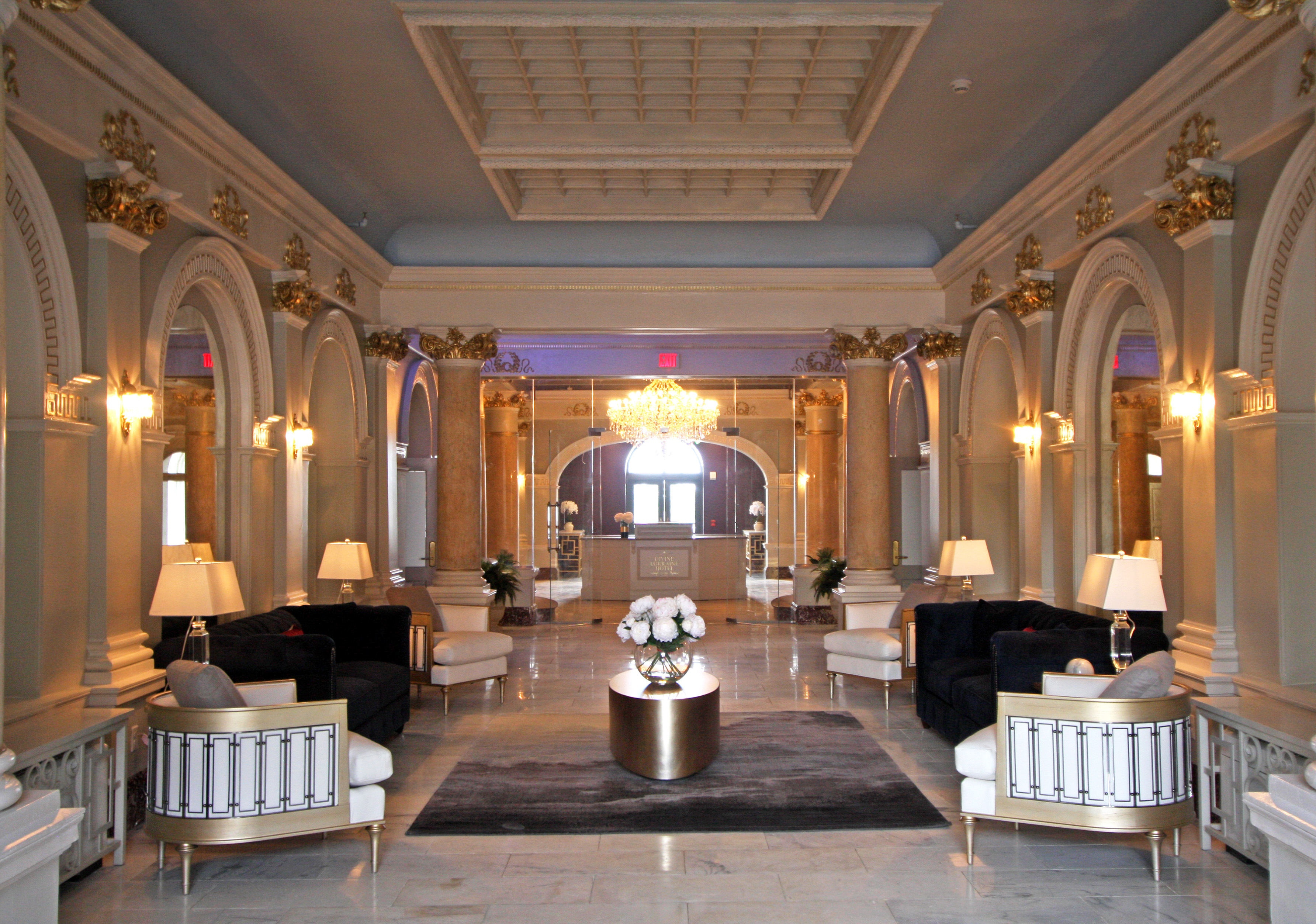 The formal lobby was staged by Margi Leiss of L Studio. 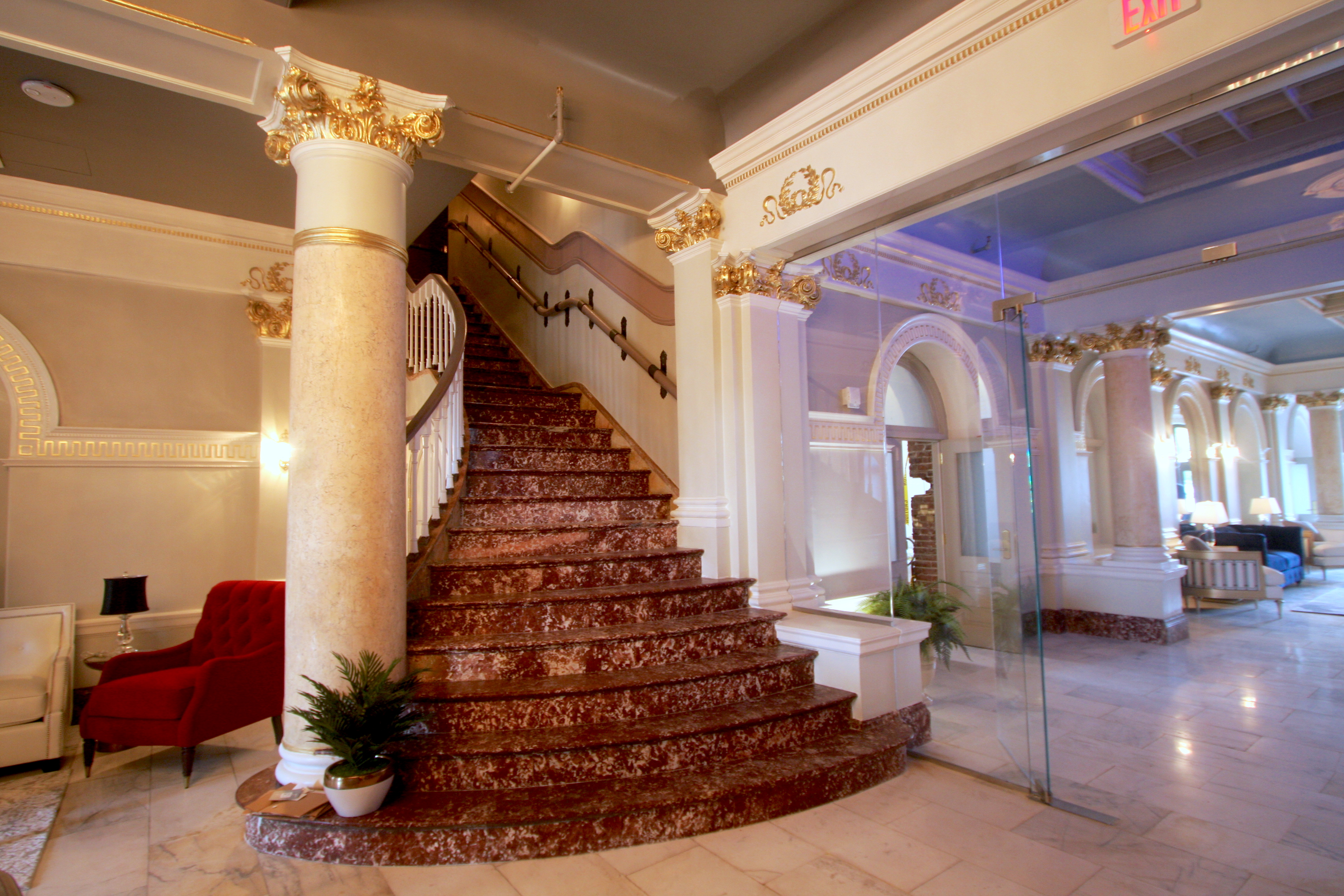 The grand stairs have been polished and returned to their reddish hue. The stair balusters were custom made. 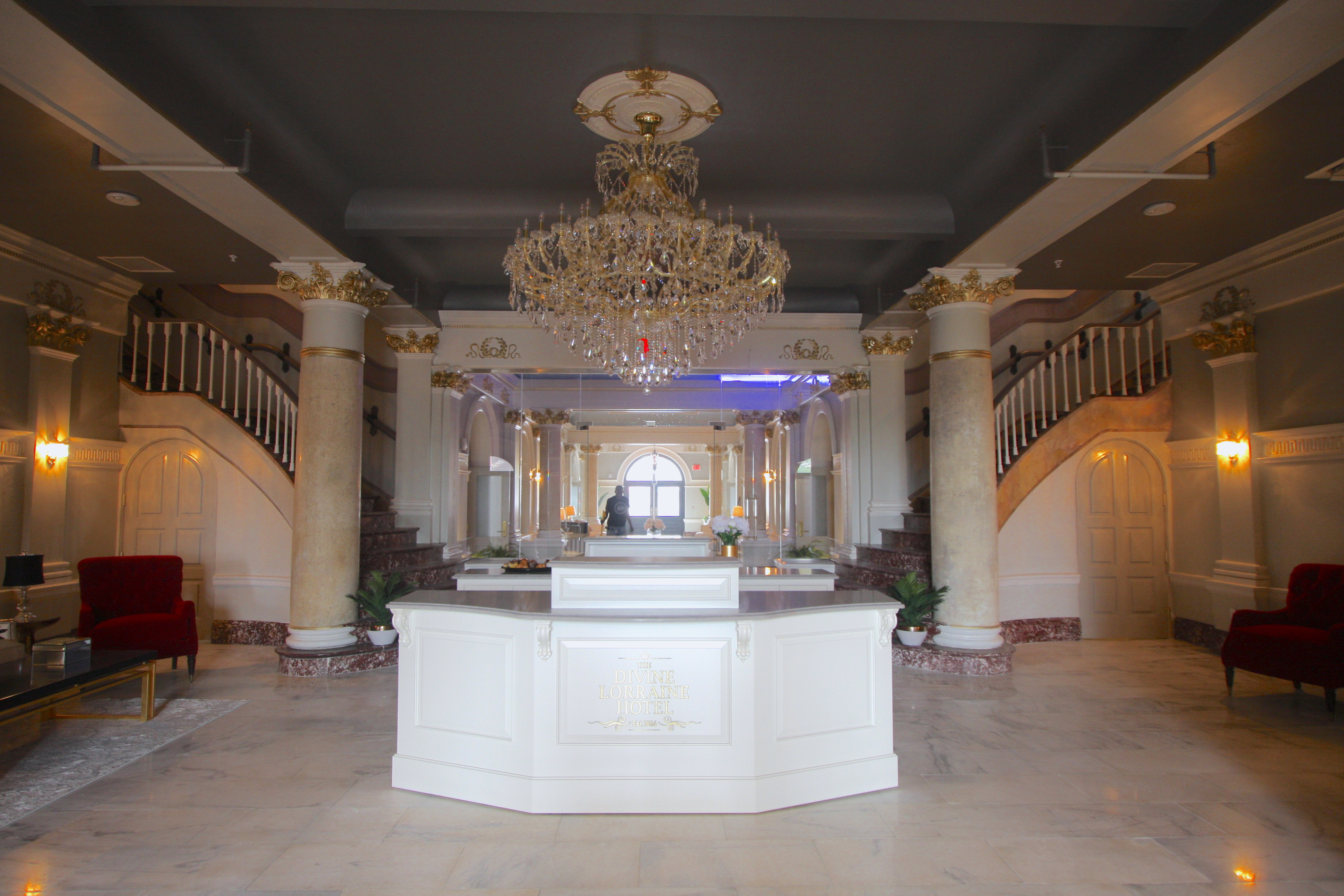 But the lobby doesn’t look completely original. The oval desk at the back of the lobby was removed and replaced with two handmade original desks that can be moved around for future events. This area is separated with a new, modern glass wall that separates the residential lobby from the main entrance. The plan is for the wings off each side of the main lobby to be filled by restaurants.

The goal, Casella says, was to bring back the original details of the space, while also bringing it to the 21st century. Overall, however, the space leans more on the formal side than the typical modern residential lobbies one sees in new high-rises today. 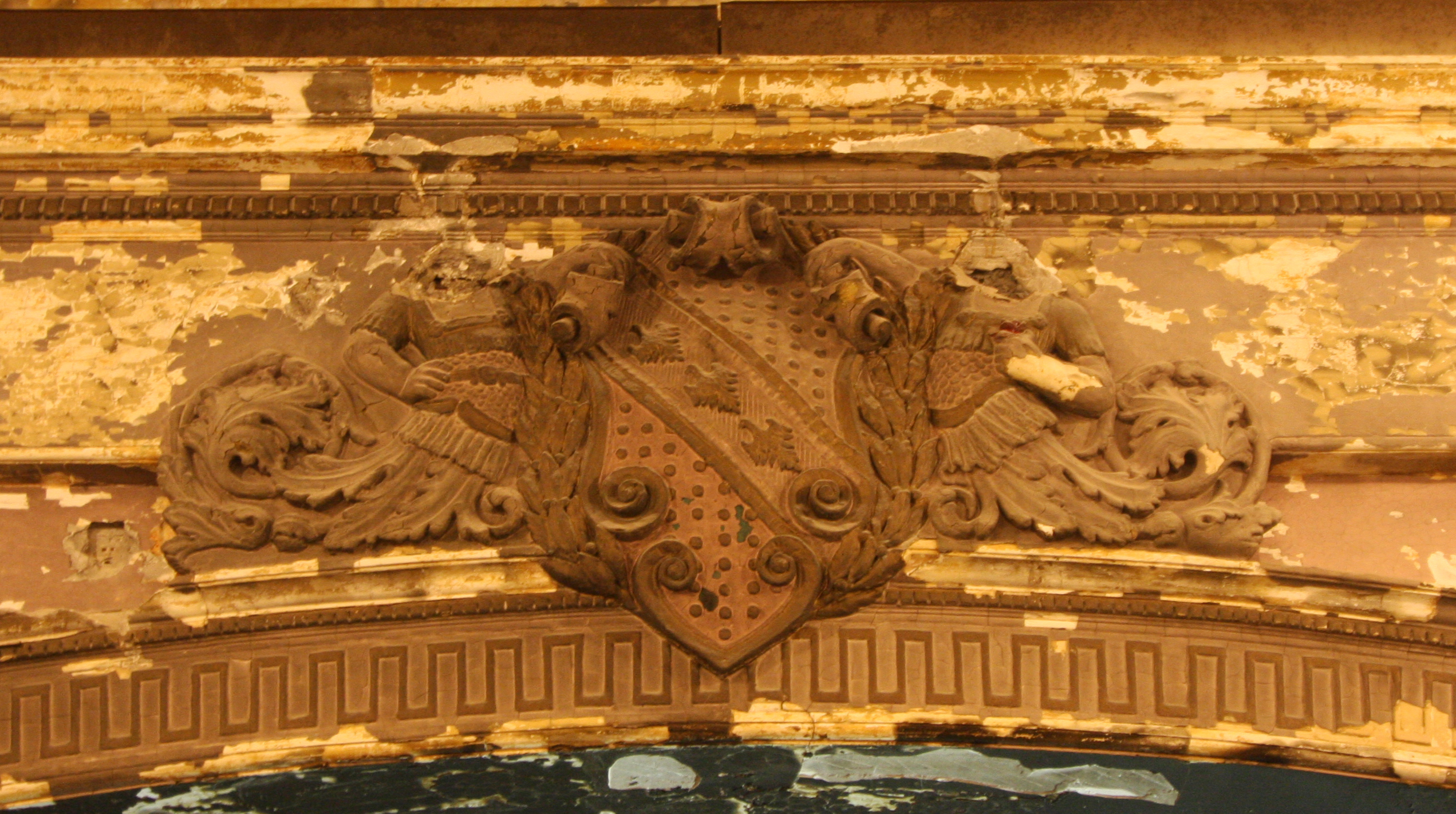 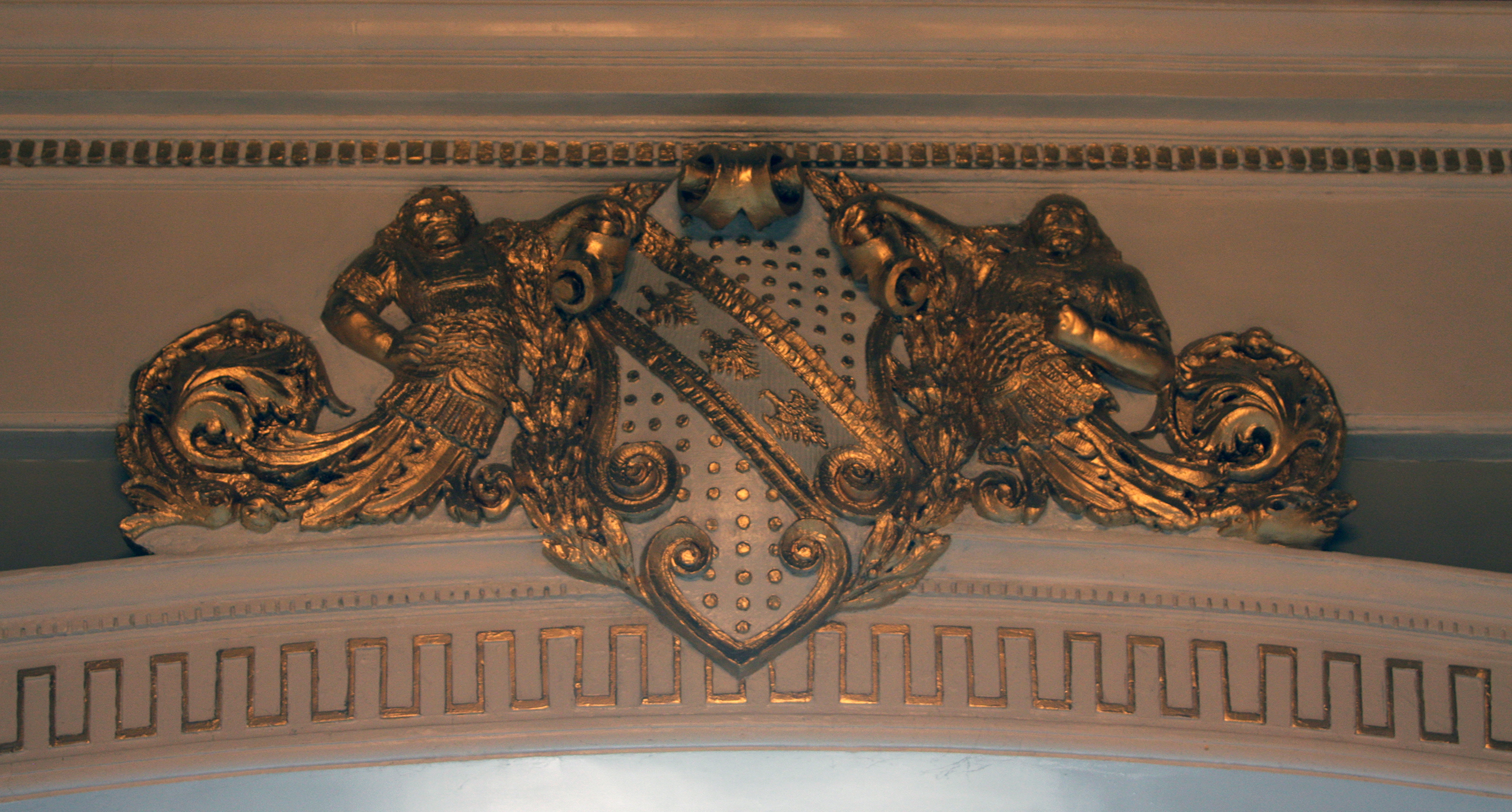 The crest above the old welcome desk has been replastered. The head of one of the sculptures had previously been broken off. 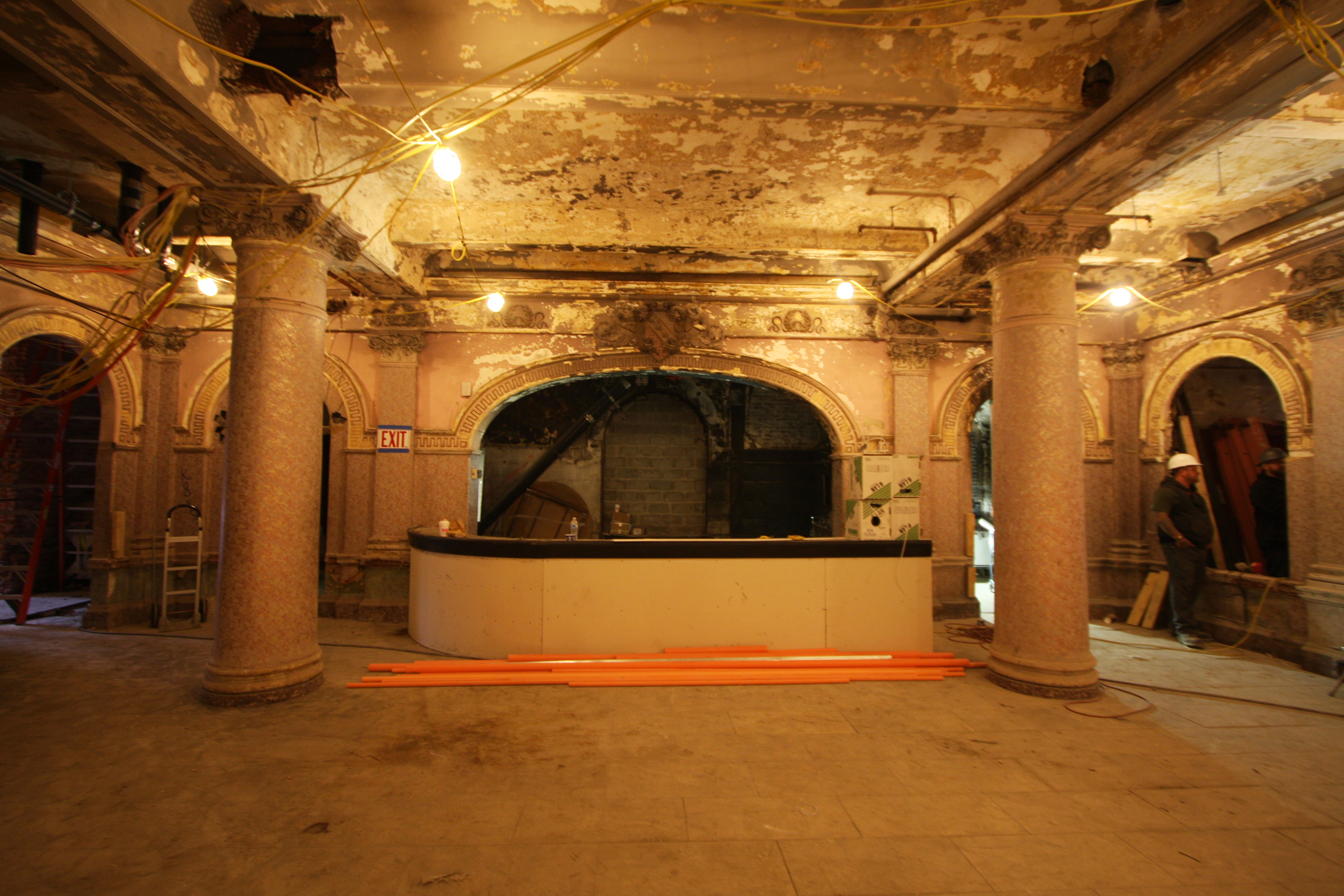 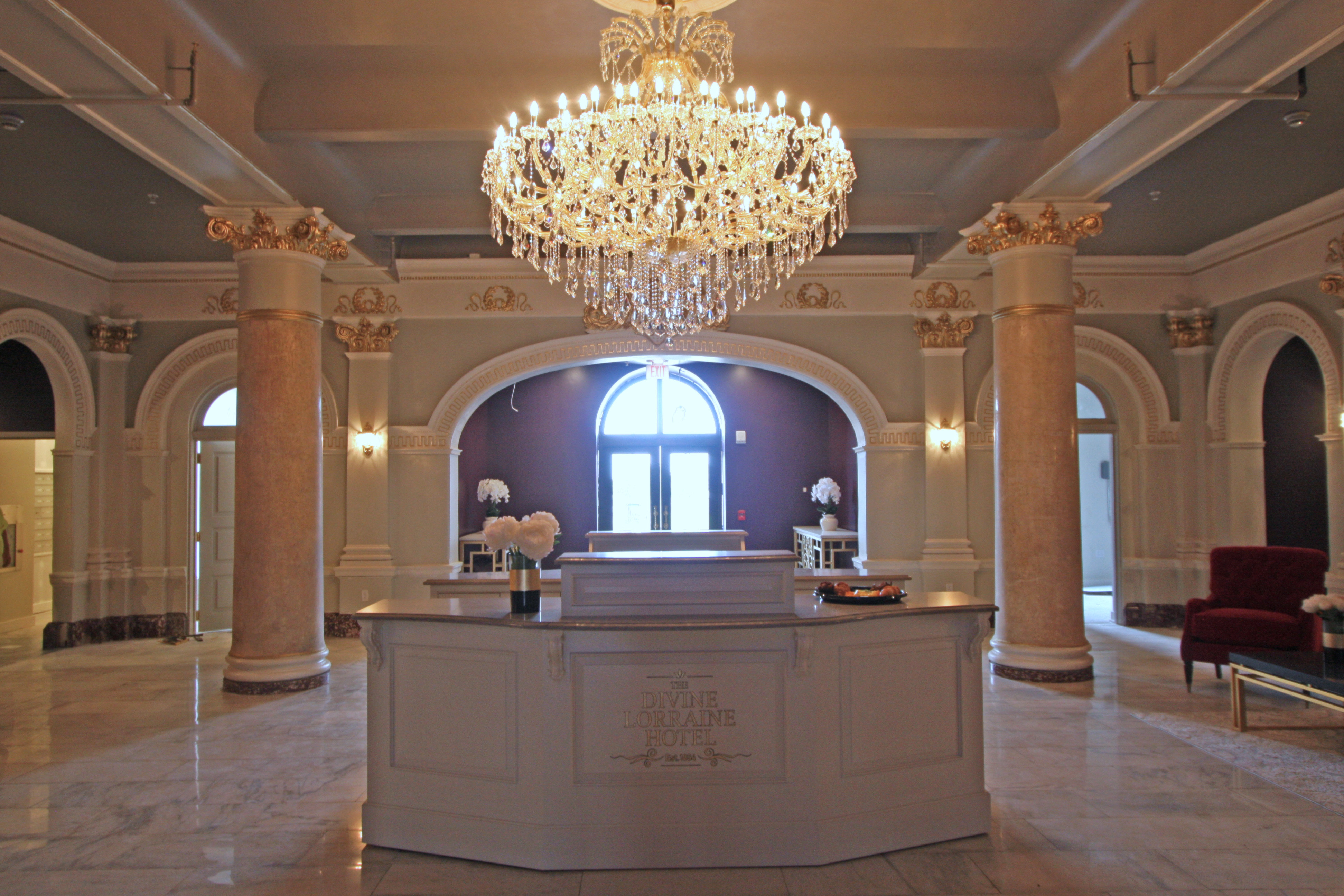 The original desk in the back was removed and replaced with two custom-made desks on wheels that can be moved around for future events. The back door is the building’s ADA entrance.

The finished space is no doubt a welcome for the folks who have already moved into their apartments at the Divine Lorraine. To date, 49 of the 101 apartments have been leased. That means since January 2017, the residents have had to walk through a construction zone to get to their apartments.

Ed Casella, EB Realty Management’s regional property manager, hopes that number increases in the next week. And after a sluggish August leasing month, Casella says apartment tours and interest in general has already picked up in September.

“Hopefully, once people see the lobby is finished, we get even a few more leases signed after this week,” Casella says.

The building’s new front double doors may help folks realize that the Divine Lorraine is actually open for business, too.

Still, there’s a bit of a ways to go for the Divine Lorraine. Now that the lobby is finished, the restaurant spaces on either side need to be filled. Casella says the team is close to finalizing tenants for the commercial space.

Blumenfeld is also working out what will become of the next-door Annex building, whose facade has also been restored. Talks of turning it into a boutique hotel have been considered.

When will this all play out? “Soon” seems to be the most the team can offer at this point. “Very soon.”