The lost mansions of Rittenhouse Square

Only four original homes remain on the square

Editor’s note: This story was last published in 2017. It has been updated to reflect the latest information.

“A house on Rittenhouse Square wouldn’t be so hard to take,” goes the lyric from the hit 1953 musical Gentlemen Prefer Blondes, made famous by Marilyn Monroe. Rittenhouse Square is considered an illustrious address, synonymous with wealth and fine architecture. But while living on the Square is certainly posh today (note upcoming luxury development, The Laurel, which is selling condos for up to $15 million), it doesn’t mean nearly the same thing as it did in the 19th century. Then, the park was lined with marble and brownstone single-family residences designed by the city’s most reputable architects, including Frank Furness, John Notman, and Samuel Sloan.

Many families with Rittenhouse addresses began moving out to the Main Line in the 1920s, leaving their high-maintenance mansions behind to eventually be demolished and replaced by apartment buildings. Only four original decadent homes remain: the Alexander Van Rensselaer residence (now Anthropologie), the Drexel Residence (now the Curtis Institute), 1804 Rittenhouse Square (a dentist’s office sandwiched between two apartment buildings), and the Samuel P. Wetherill mansion (now the Philadelphia Art Alliance).

Here are several mansions that have come and gone on Rittenhouse Square, and what stands in their place today. 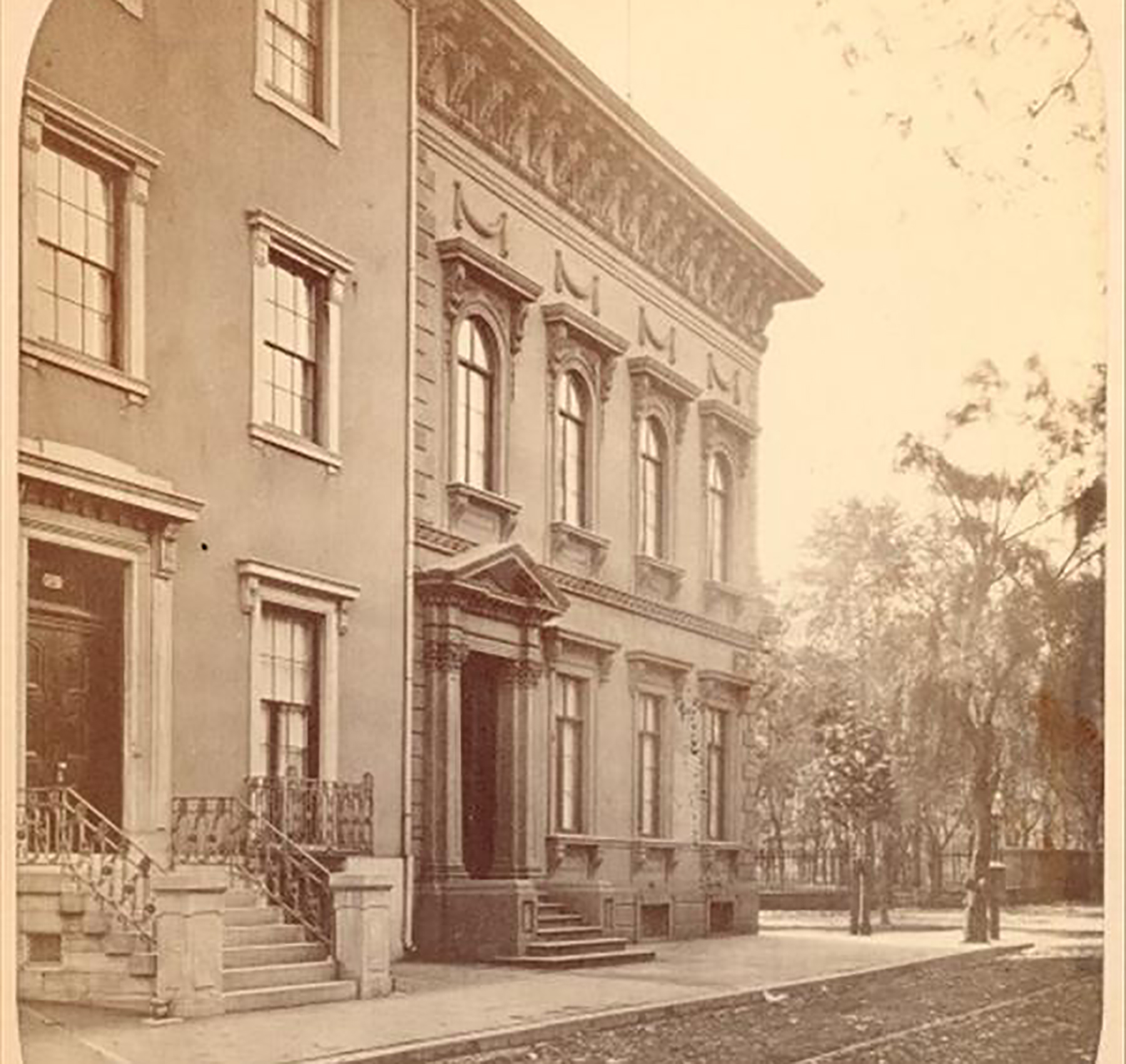 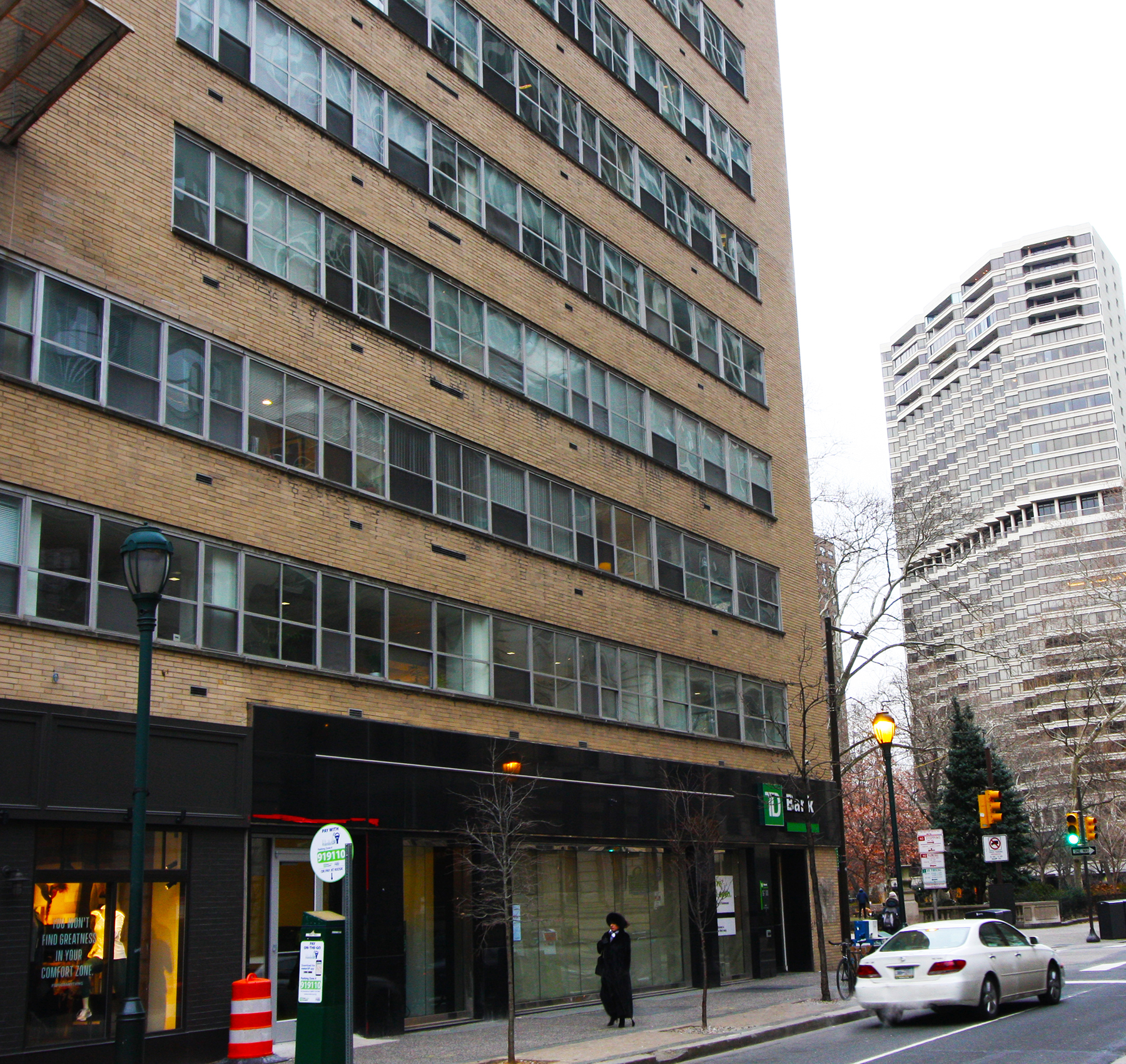 When William Weightman, an industrial magnate, owned this home adjoining the largest residence on the square (the Joseph Harrison mansion), he was the largest individual owner of real estate in Philadelphia. Perhaps to make this fact better understood by his neighbors, Weightman added a third story to the house and made other exterior changes.

The home was eventually demolished, and the 26-story Rittenhouse Claridge Apartment Building, built in 1951, now stands at the site. The streetcar tracks on Walnut Street are still visible in this photograph dating to 1865. 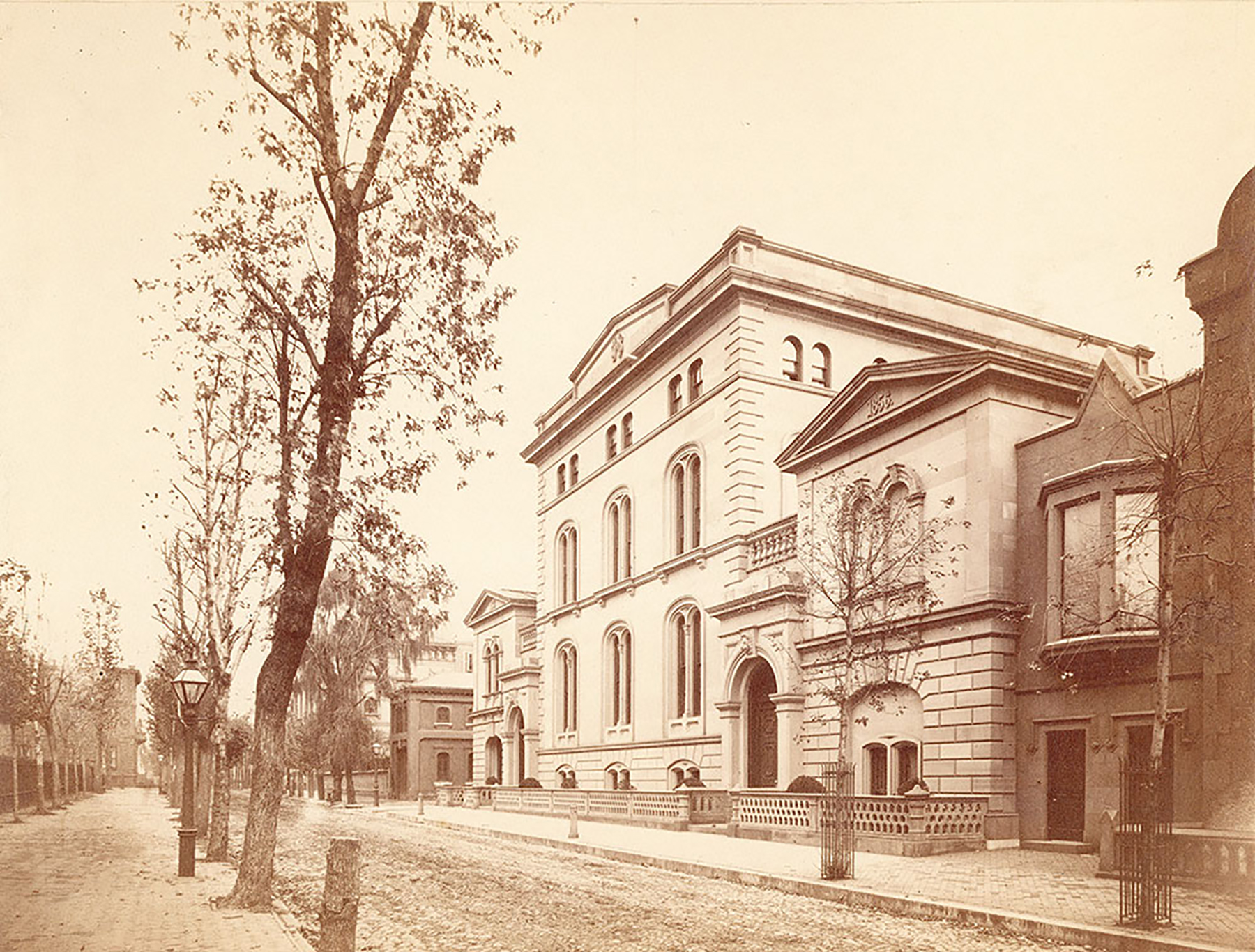 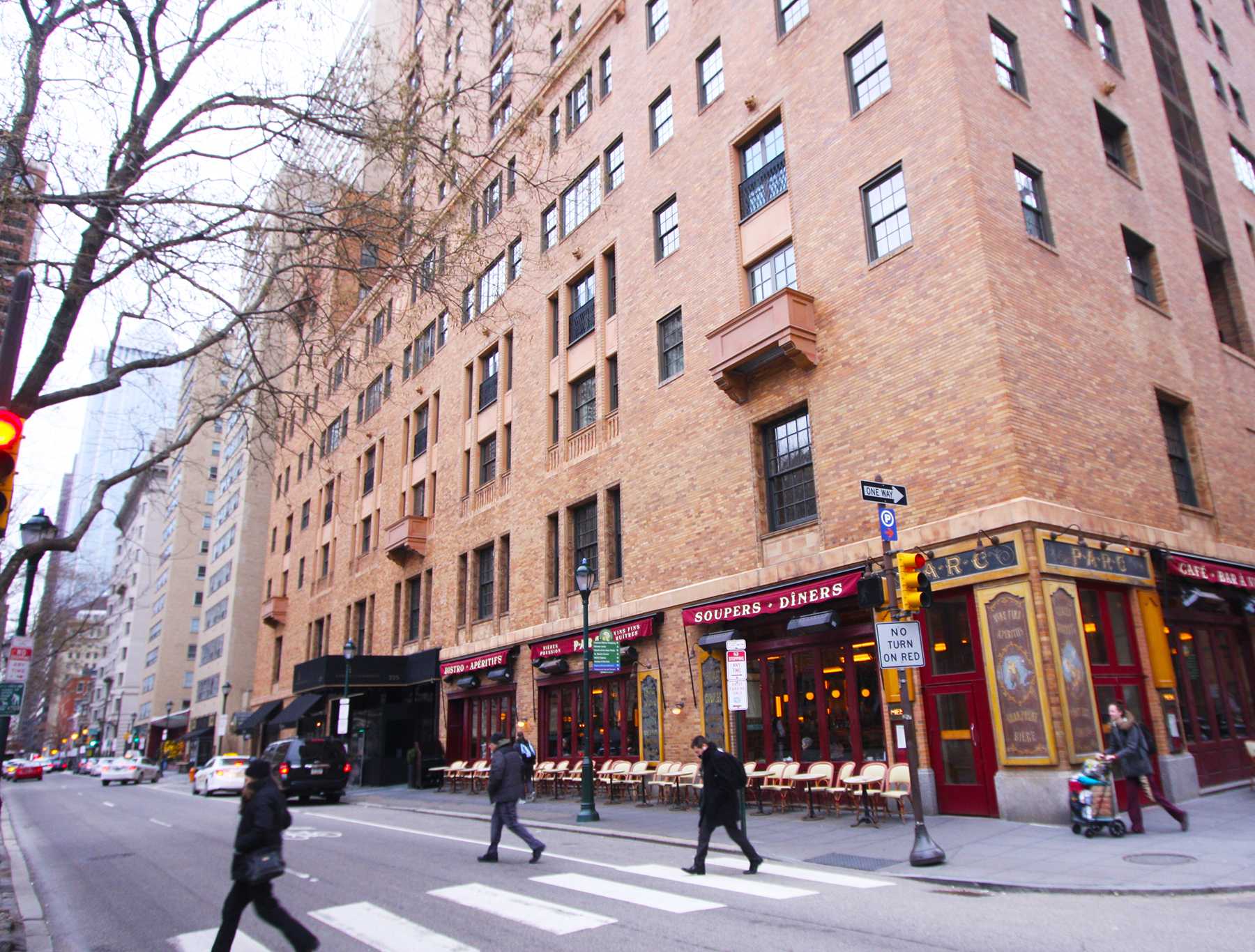 When engineer Joseph Harrison Jr. bought this spacious 75-by-198-foot lot, the 1700 block bordered by Chancellor and Locust Streets was the neighborhood’s favorite ice skating ground. It soon became one of the biggest homes on the Square.

The mansion’s façade, designed by architect Samuel Sloan and built in 1855, was inspired by a palace Harrison had seen in St. Petersburg on his recent sojourn there to design a Russian railroad system (the project that earned him his fortune).

This block was also lined with the homes of George W. Edwards and William H. Harrison. 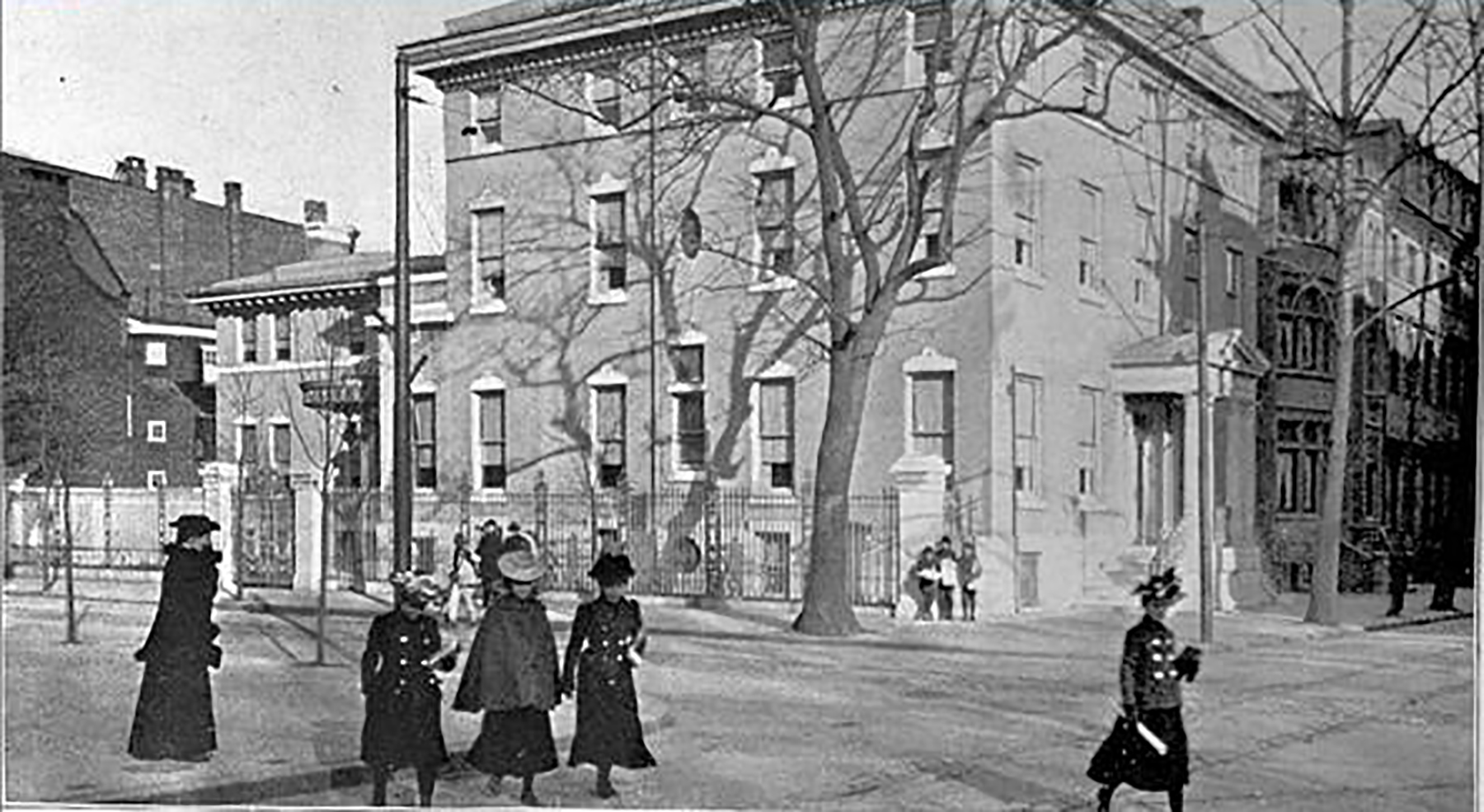 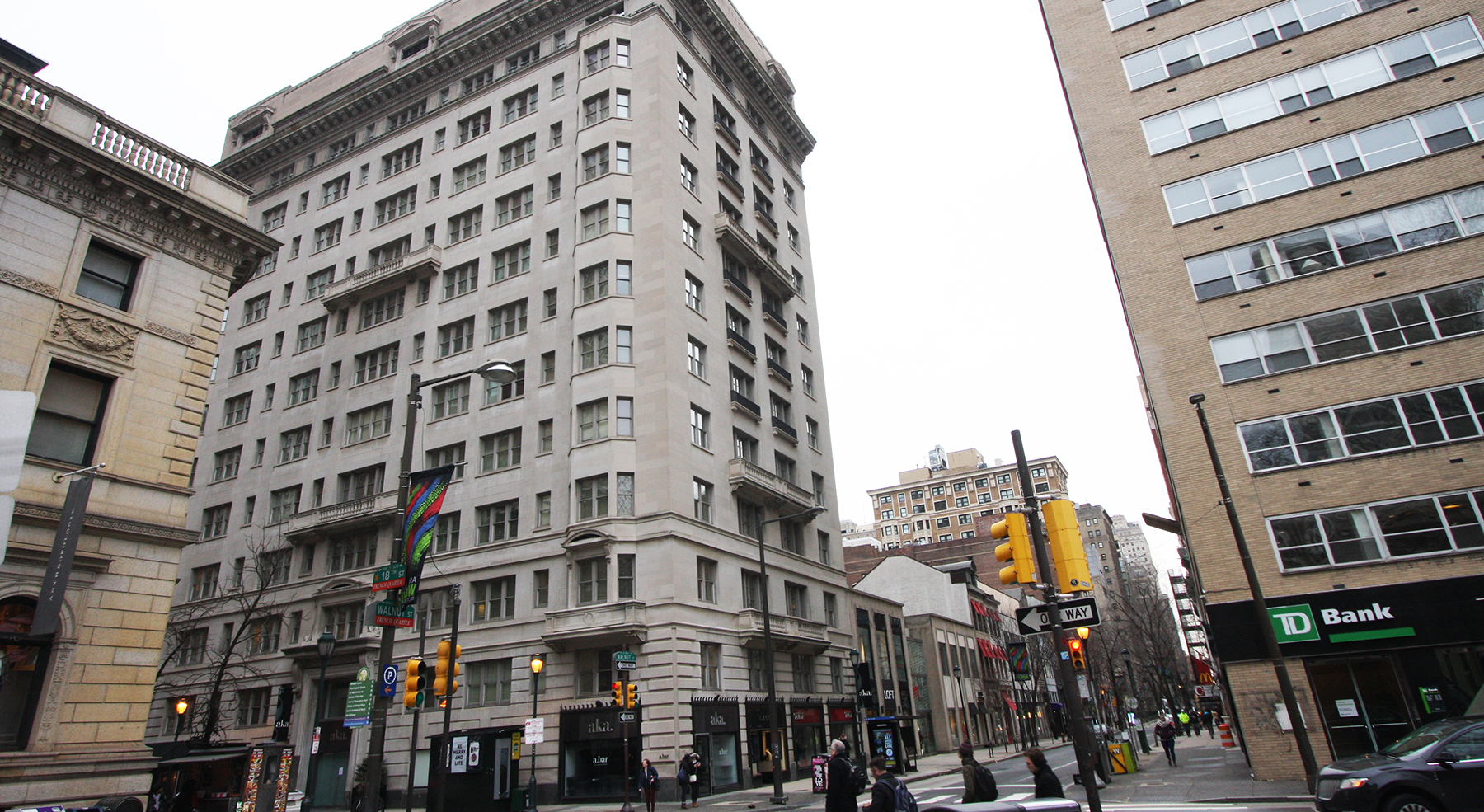 1733 Walnut Street (NE corner of 18th and Walnut); now the AKA building
Courtesy of Phillyhistory.org and Photo by Melissa Romero

Twenty years after moving to Philadelphia with impressive powers of persuasion (and little else), William Warren Gibbs’ entrepreneurial successes allowed him to buy a mansion overlooking Rittenhouse Square from banker Anthony Drexel, Jr. The home, originally built in 1847, was adorned with gold leaf decorations, ceiling frescos, and plaster moldings.

A decade after moving to Walnut Street, Gibbs’ financial situation declined and he was forced to leave his Rittenhouse mansion. Creditors foreclosed on the house following unpaid mortgage installments, and three years later it was demolished and replaced by an apartment building. 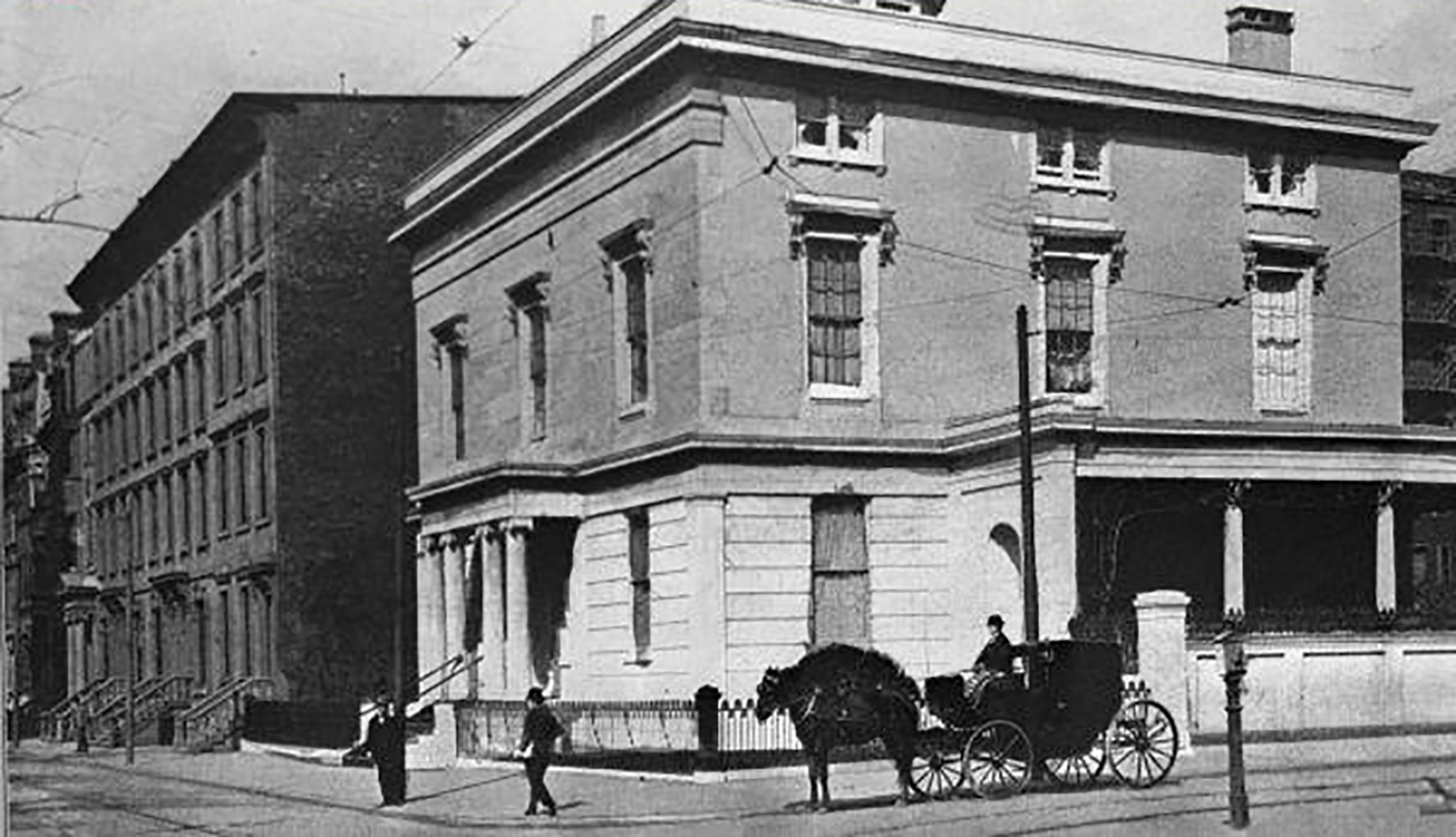 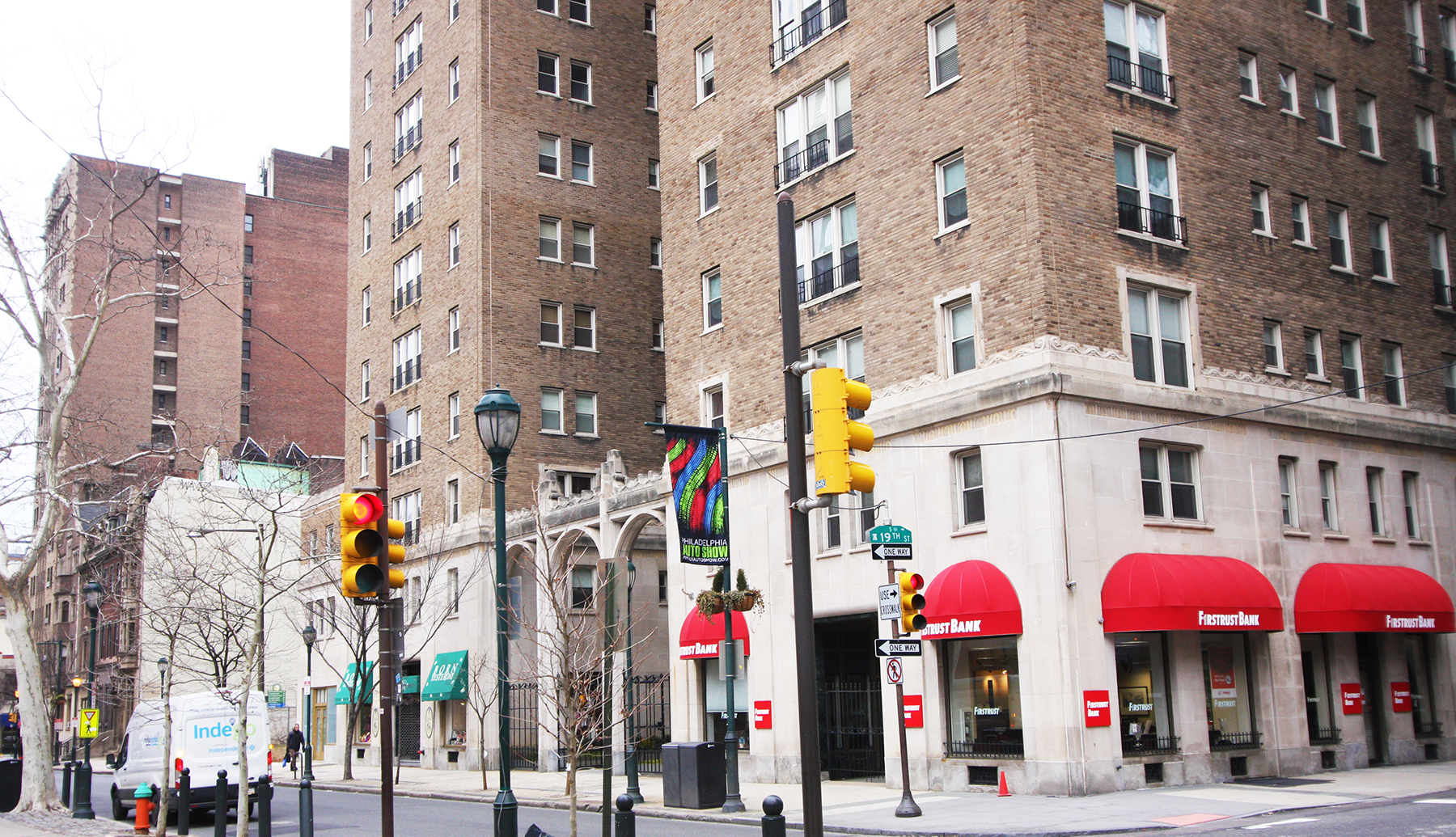 This marble home was built by lawyer Philip Physick, who was later forced to sell it due to the failure of his mulberry tree cultivation business. The mansion was later owned by Algernon Roberts, whose descendants were the last to occupy the property before it was demolished in 1925.

During World War I, the home was used to support the French War Relief Committee of the Emergency Aid of Pennsylvania, managed by famed women’s rights activist and one of the founders of the Penn Museum, Sara Yorke Stevenson.

Philadelphia's Parks: Then and Now 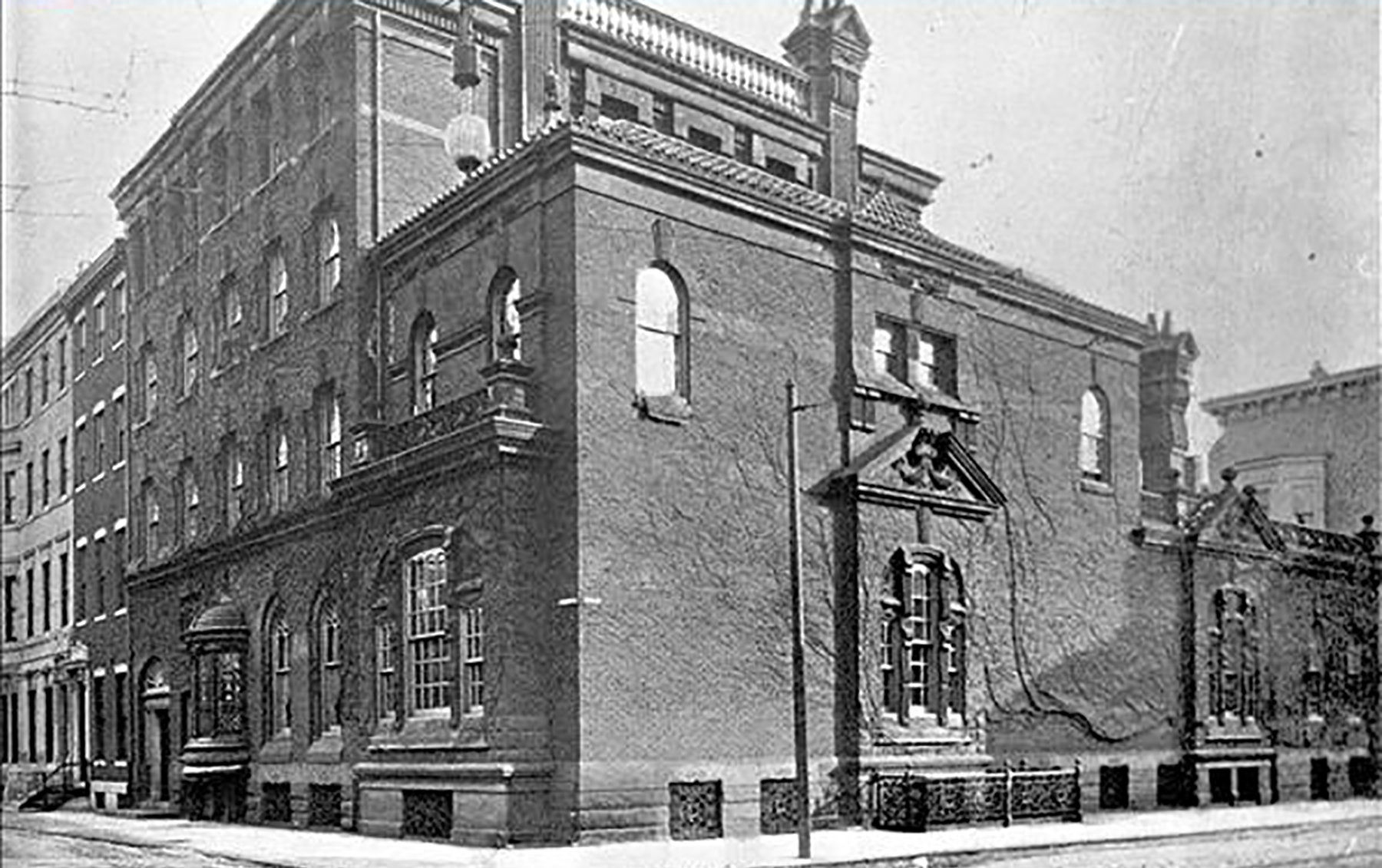 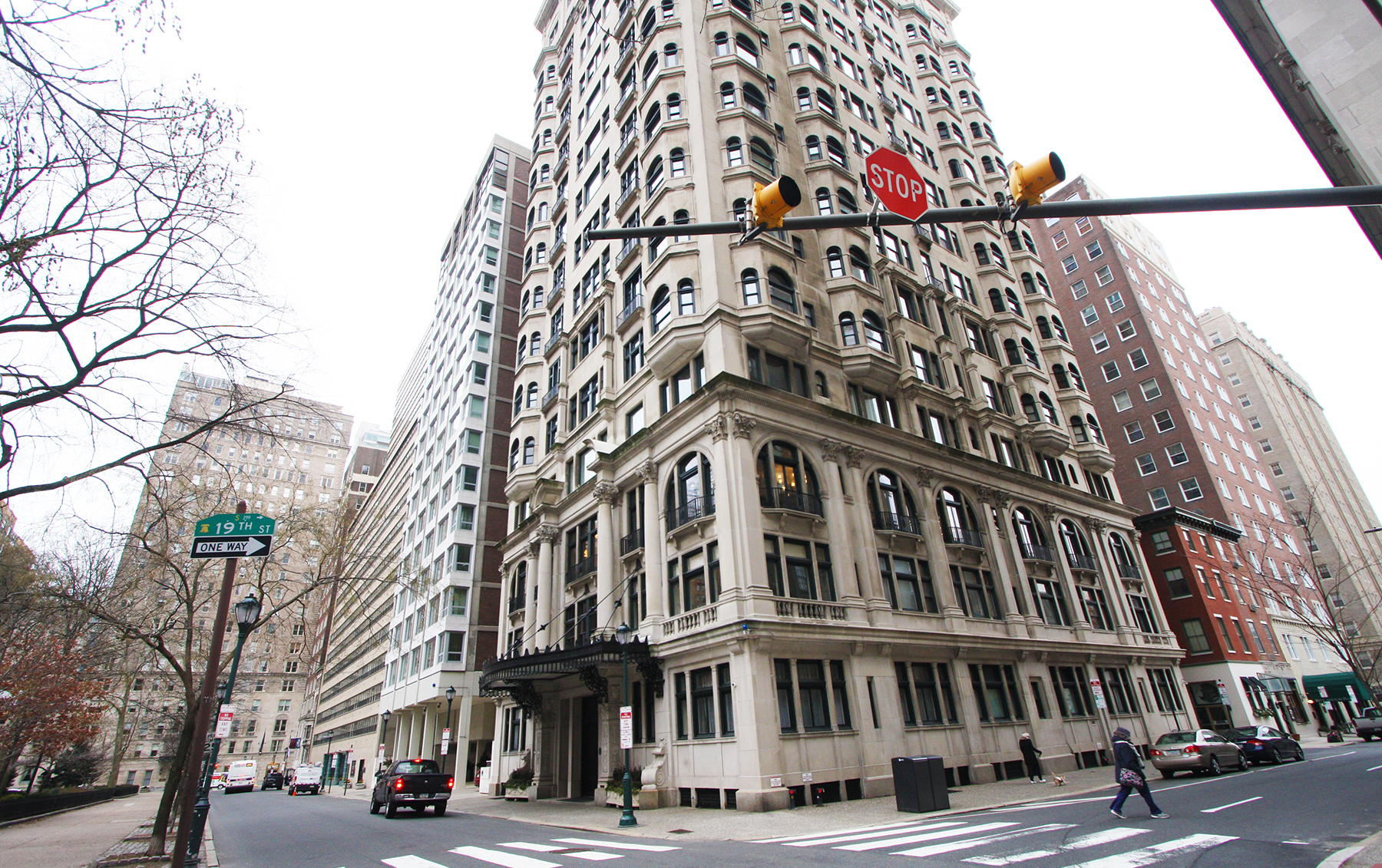 An ice cream saloon, followed by an illegal horse stable, once stood on the southeast corner of 19th Street and Rittenhouse Square. When Thomas A. Scott, president of the Pennsylvania Railroad, bought the property and built a home designed by Frank Furness there around 1875, he was considered a much more suitable tenant.

After exchanging hands a few times, the home was eventually demolished to clear way for 1830 Rittenhouse Square, the first high-rise residential building on the Square, built in 1913.

An invisible walking tour of the Benjamin Franklin Parkway 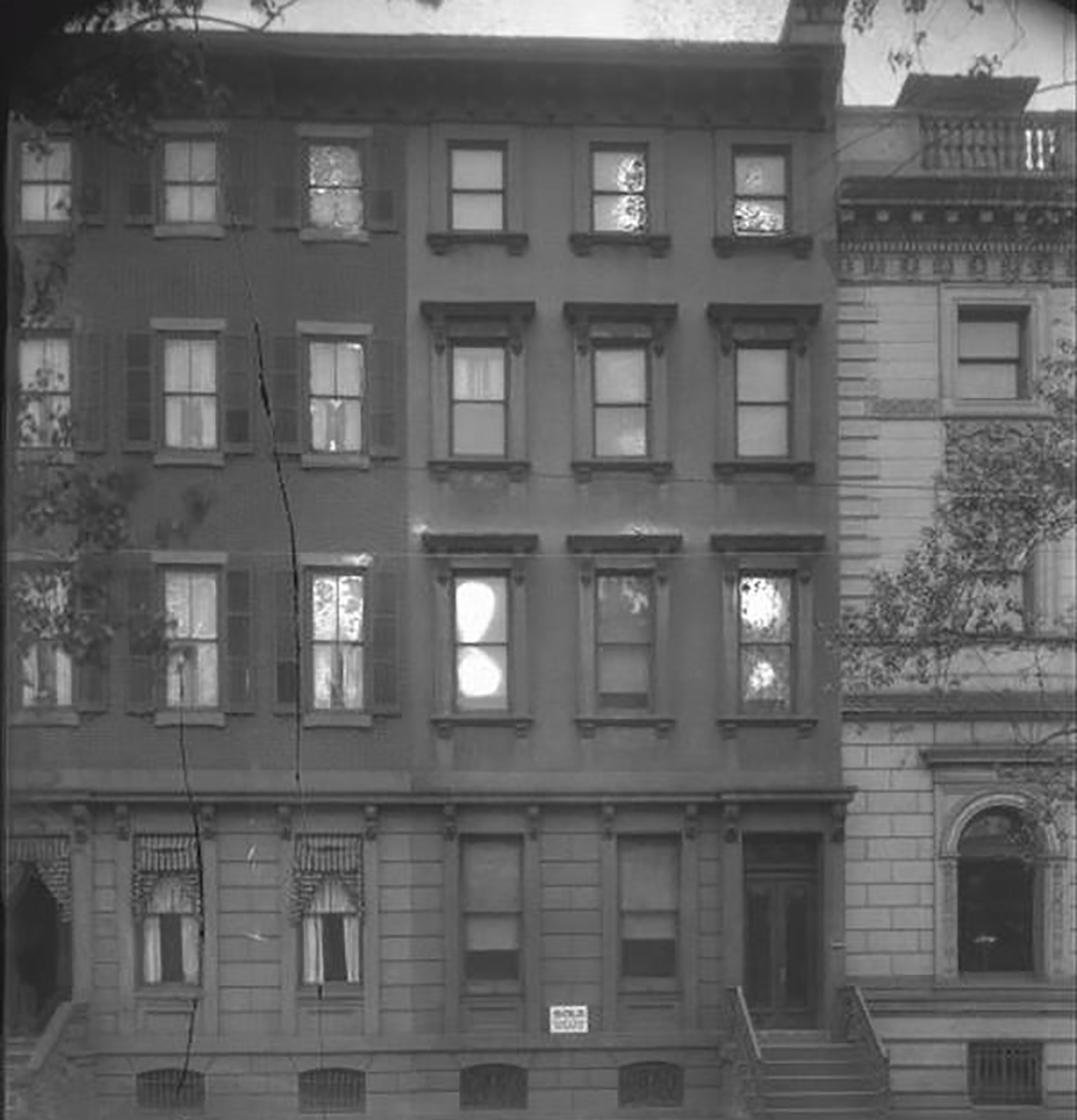 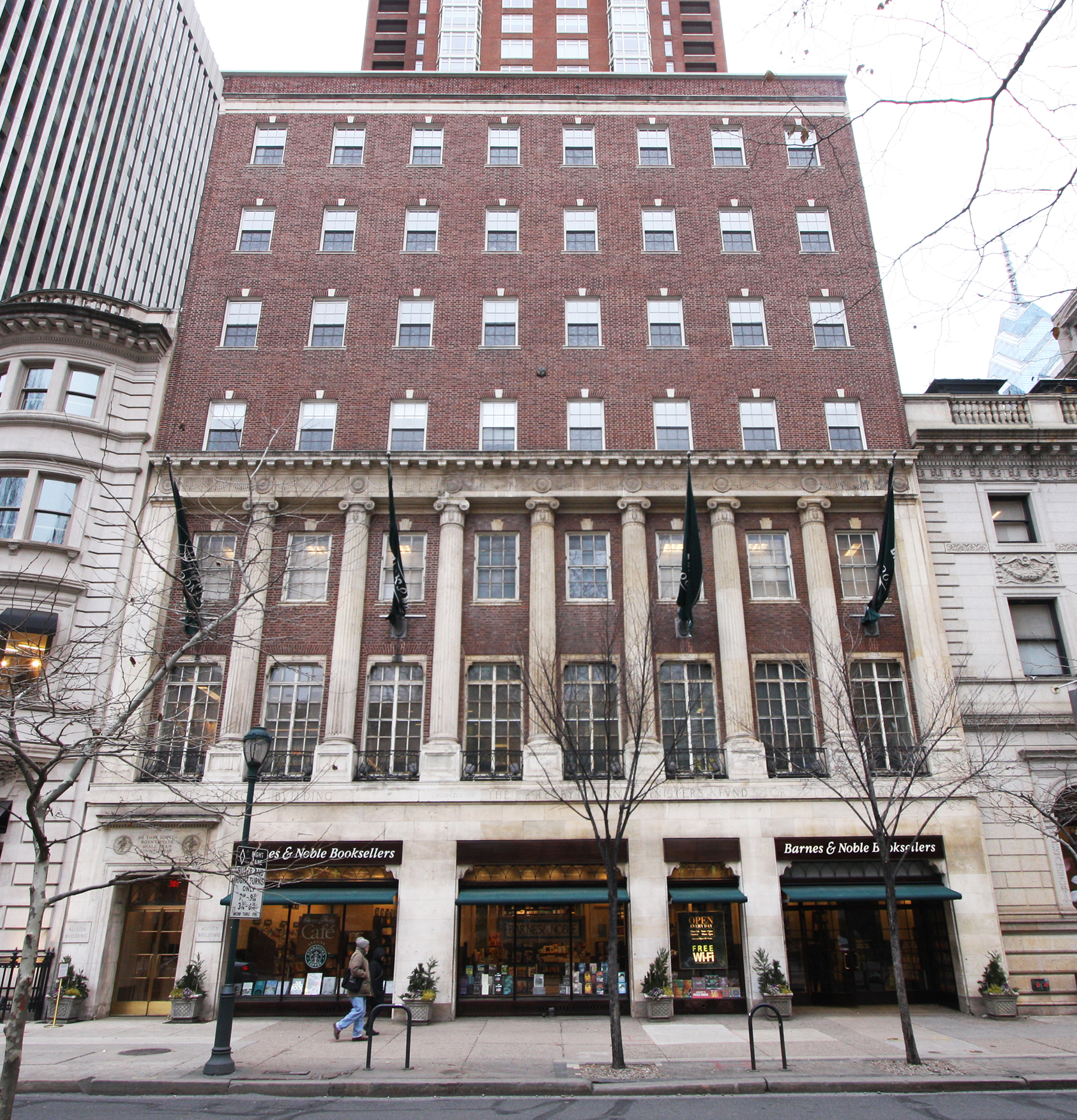 Dr. John V. Shoemaker, a Jefferson graduate who became an esteemed professor of pharmacology and clinical medicine at the Medico-Chirurgical College (now Benjamin Franklin Parkway), could often be found in his study until the wee hour of 3 a.m., writing one of his widely respected medical articles.

His 22-by-145-foot home was demolished roughly a year after this photograph was taken, where the Presbyterian Ministers for Life Insurance building was subsequently built by the architectural firm of Davis, Dunlap & Barney. 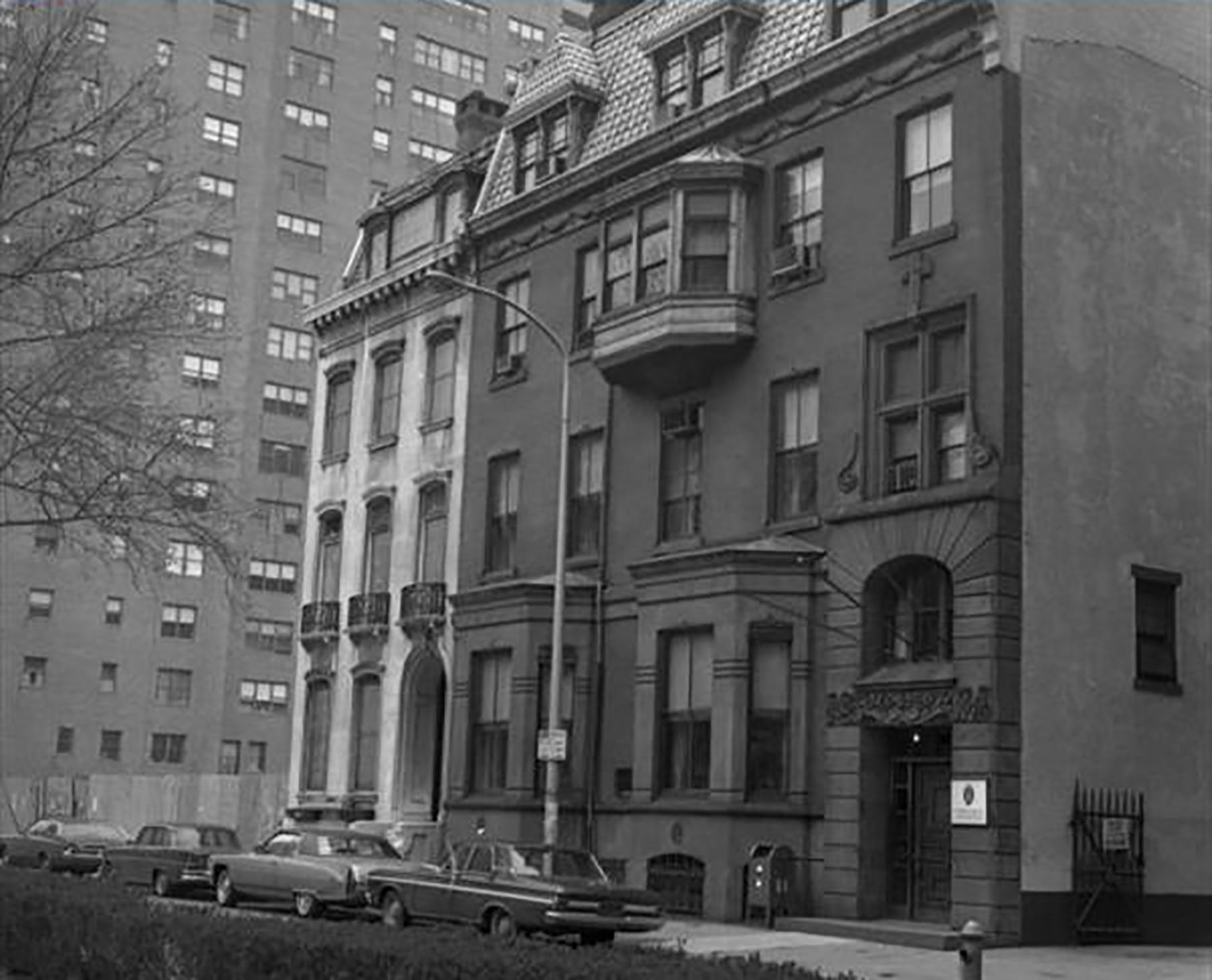 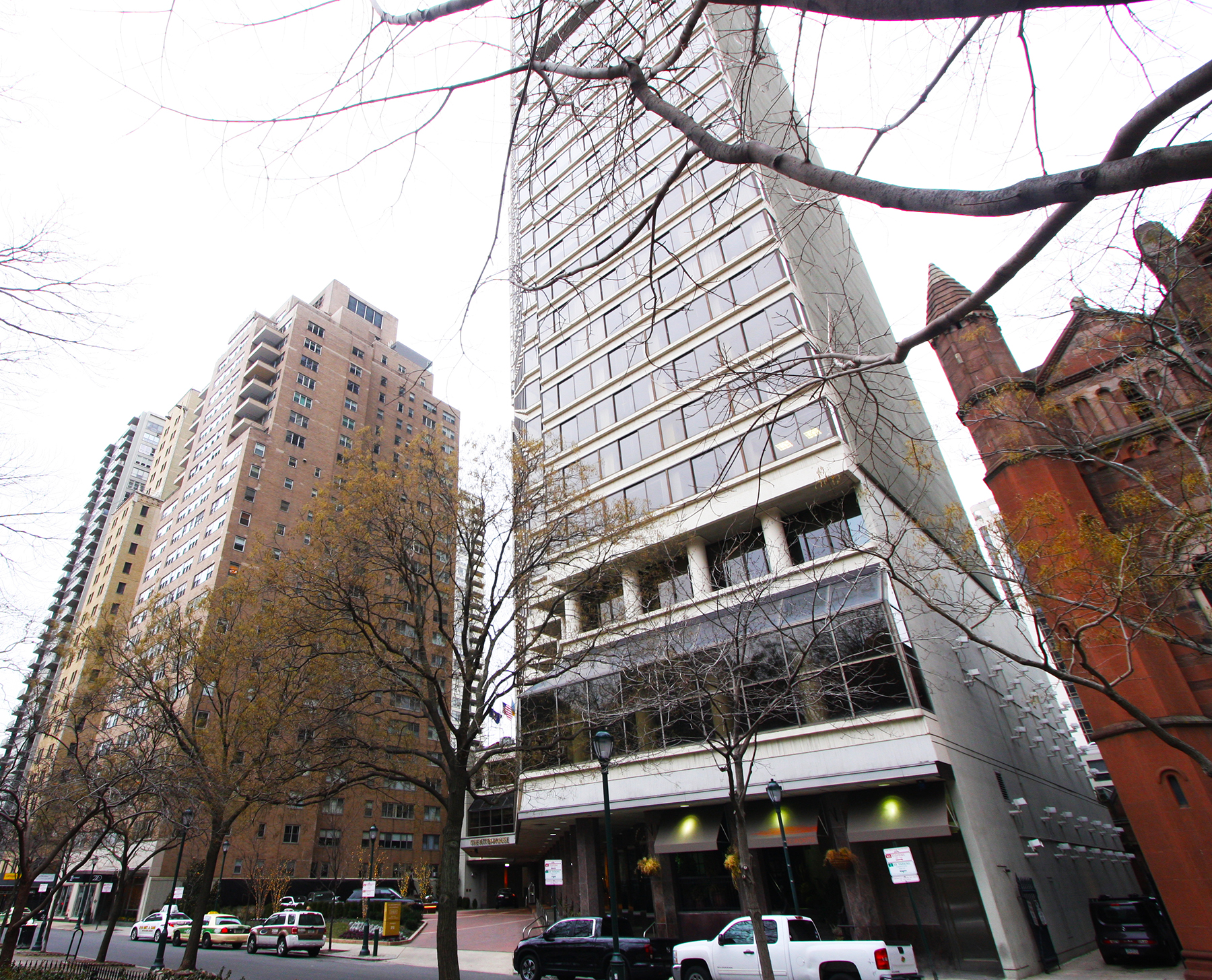 This brick townhouse had a simple exterior when Alexander J. Cassatt first purchased it, leading him to commission Frank Furness to make exterior and interior changes.

Cassatt, once the president of the Pennsylvania Railroad, is better known today as the brother of Impressionist painter, Mary Cassatt. Cassatt’s home on the Square was one of the first places to see Impressionist artwork in the United States. This is alluded to in the naming of the Rittenhouse Hotel’s Mary Cassatt Tea Room – the hotel sits upon the site of Cassatt’s now-demolished home.