Over the coming weeks, expect to see a new map at SEPTA stations across the city as the transit agency rolls out their updated, colorful schedules.

The map will be going in at 100 locations by the end of the summer, according to SEPTA spokesperson Andrew Busch. Unlike the current schedule, which has been in place for decades, the new map features route colors that indicate a bus’s frequency. A red line means the bus arrives every 15 minutes maximum, teal means every 30, and grey means every hour. 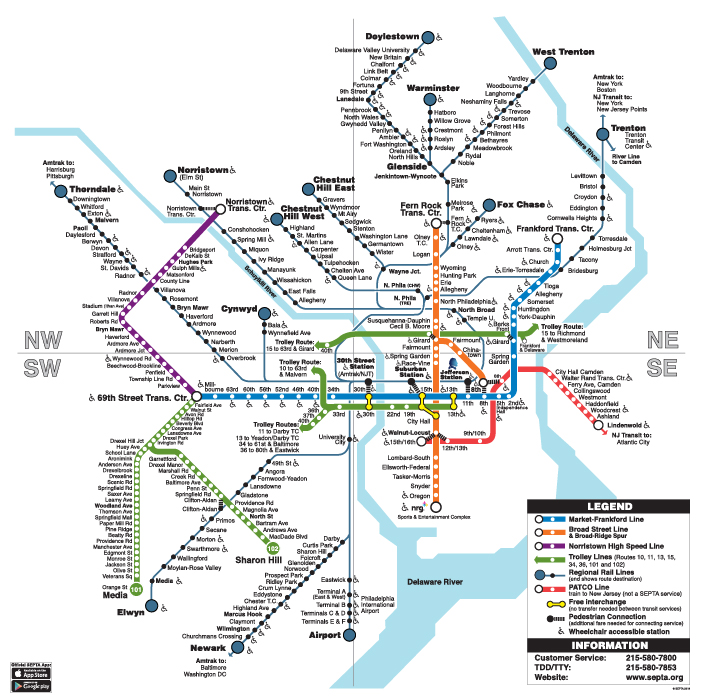 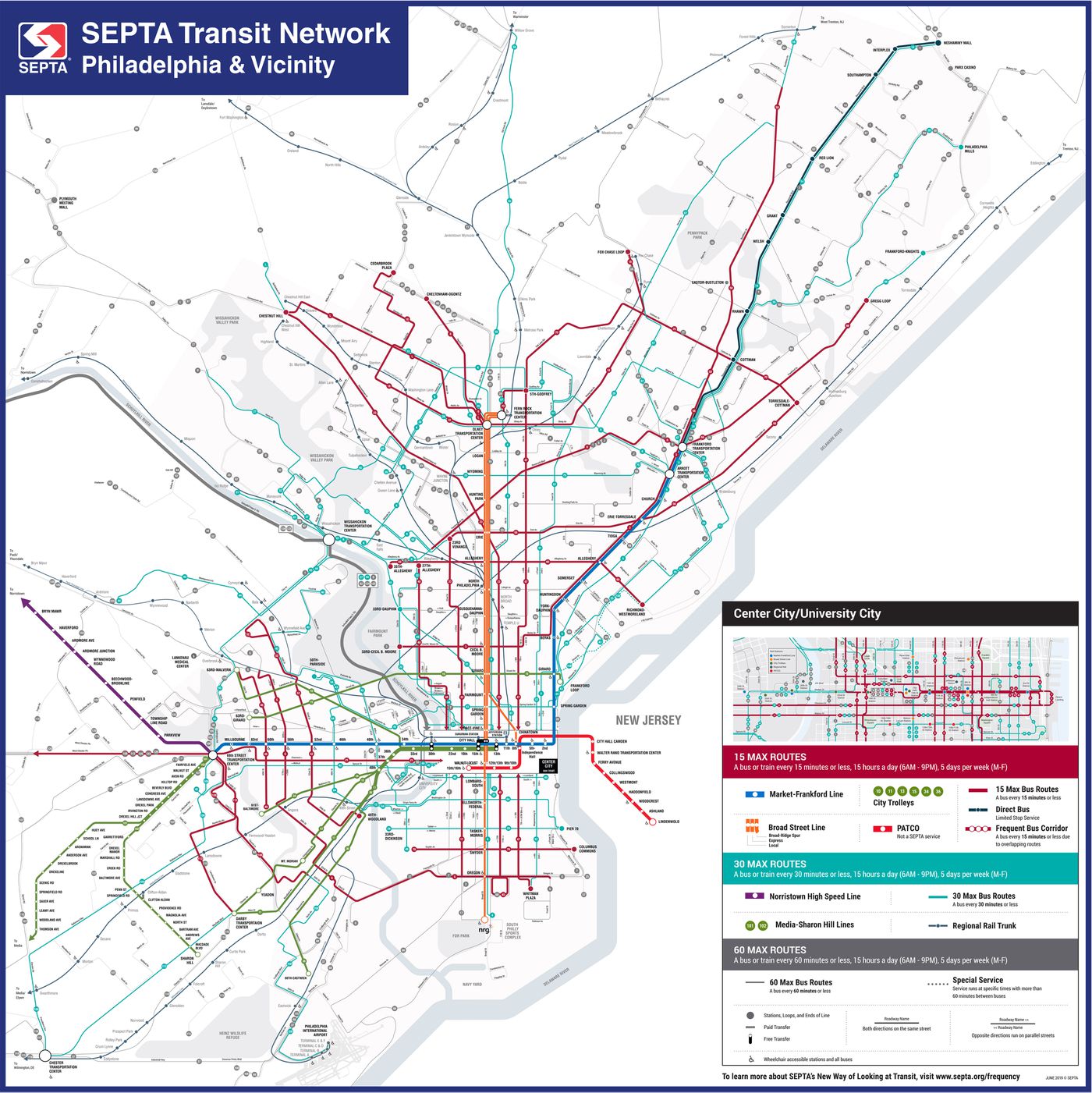 The map still includes the orange BSL line and blue MFL line, green to indicate trolleys, and purple for the Norristown High Speed Line. As before, regional rail routes are indicated by a thin, dark blue line.

It all comes following reports last year that bus ridership has declined by 17 percent in between 2012 and 2018. In response to the low numbers, SEPTA hired transit consultant, Jarrett Walker and Associates, which published a study that included suggestions for how SEPTA could boost bus ridership. Among suggestions like eliminating the $1 transfer fee, the consultants suggested implementing a more frequent bus schedule, and making SEPTA maps more rider-friendly.

Following the report, SEPTA conducted public outreach, both through an online survey and in-person talks with riders. They posted the first iteration of a new map online in February, and received over 1,000 responses.

“As SEPTA gets ready to rethink its bus network, the maps and new communications tools will help customers better understand how to take advantage of our existing network, while also using it to explore how we can improve it in the future” said Jeffrey Knueppel, SEPTA’s general manager.